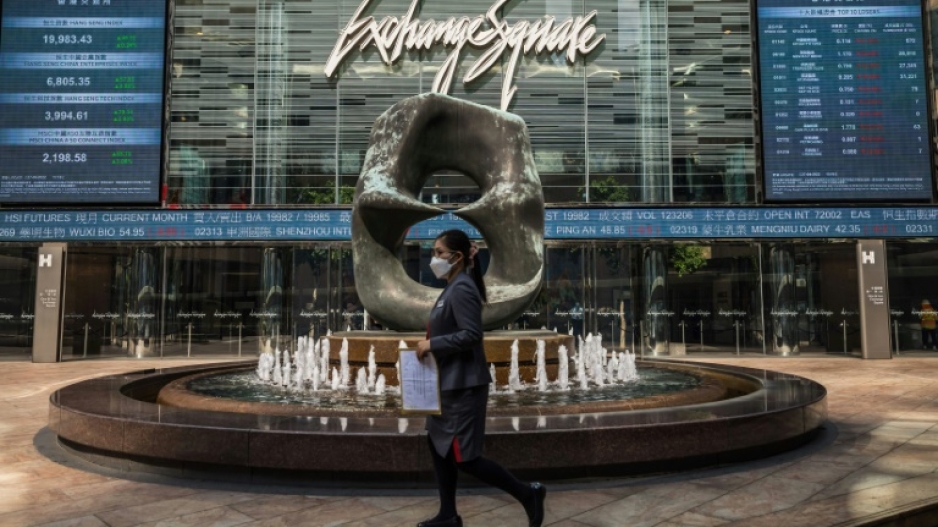 BEIJING - Asian markets were mixed at the end of a week that has seen hopes the Federal Reserve will tone down its monetary tightening campaign offset by fresh lockdown fears as Covid-19 cases surge in China.

With Wall Street closed for the Thanksgiving break, trading was light with few catalysts to drive action on trading floors and investors now looking ahead to the release of US jobs data next week.

The mood across markets has picked up this month as a series of indicators suggested the world's top economy was showing signs of weakness after the Fed ramped up interest rates.

The standout reports were consumer and wholesale inflation, which came in much lower than forecast and provided the central bank with room to row back on its hawkishness.

And while a selection of Fed officials lined up to warn there was more tightening to come, there is an expectation that the days of bumper 75-basis-point increases are gone.

That has slightly eased worries that the sharp rise in borrowing costs could tip the US economy into recession, though many observers still see a contraction coming.

Asian equities struggled to end the week on a positive note, however, with Tokyo, Hong Kong, Singapore, Seoul, Manila and Jakarta all down. There were gains in Shanghai, Sydney, Wellington and Taipei.

Regional sentiment was being sapped by ongoing fears about the spike in Covid cases in China, which authorities are trying to contain with a series of targeted measures in big cities including Beijing and Shanghai, though they are short of full-on lockdowns.

Still, SPI Asset Management's Stephen Innes said there appeared to be less concern about the government's reaction as it looks to ease parts of its strict Covid-zero strategy.

"Investors are recognising it's normal for cases to increase as the Chinese economy begins its long and winding road to normalcy," he said in a commentary.

"So stock and currency market investors are tentatively looking through the current lockdown regime while betting on the more optimistic interpretation that China is hitting the limits of 'Covid-zero' and the authorities' efforts to loosen restrictions will continue."