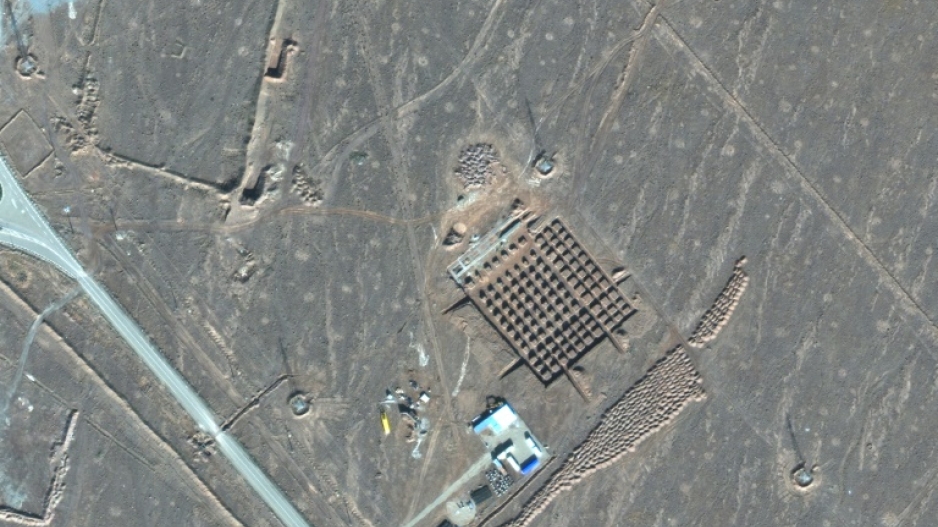 Iran's Fordow Fuel Enrichment Plant, northeast of the city of Qom, seen in a satellite image provided by Maxar Technologies and taken on December 11, 2020

TEHRAN - Iran said Tuesday it had begun producing uranium enriched to 60 percent at its Fordo plant, an underground facility that reopened three years ago amid the breakdown of its nuclear deal with major powers.

The move was part of Iran's response to the UN nuclear watchdog's adoption last week of a censure motion drafted by Western governments accusing it of non-cooperation.

An atomic bomb requires uranium enriched to 90 percent, so 60 percent is a significant step towards weapons-grade enrichment.

Iran has always denied any ambition to develop an atomic bomb, insisting its nuclear activities are for civilian purposes only.

Under a landmark deal struck in 2015, Iran agreed to mothball the Fordo plant and limit its enrichment of uranium to 3.67 percent, sufficient for most civilian uses, as part of a package of restrictions on its nuclear activities aimed at preventing it covertly developing a nuclear weapon.

In return, major powers agreed to relax sanctions they had imposed over Iran's nuclear programme.

But the deal began falling apart in 2018 when then US president Donald Trump pulled Washington out of the agreement and reimposed crippling economic sanctions.

The following year, Iran began stepping away from its commitments under the deal. It reopened the Fordo plant and starting enriching uranium to higher levels.

In January 2021, Iran said it was working to enrich uranium to 20 percent at Fordo. Several months later another Iranian enrichment plant reached 60 percent.

President Joe Biden has expressed a desire for Washington to return to a revived deal and on-off talks have been underway since April last year. 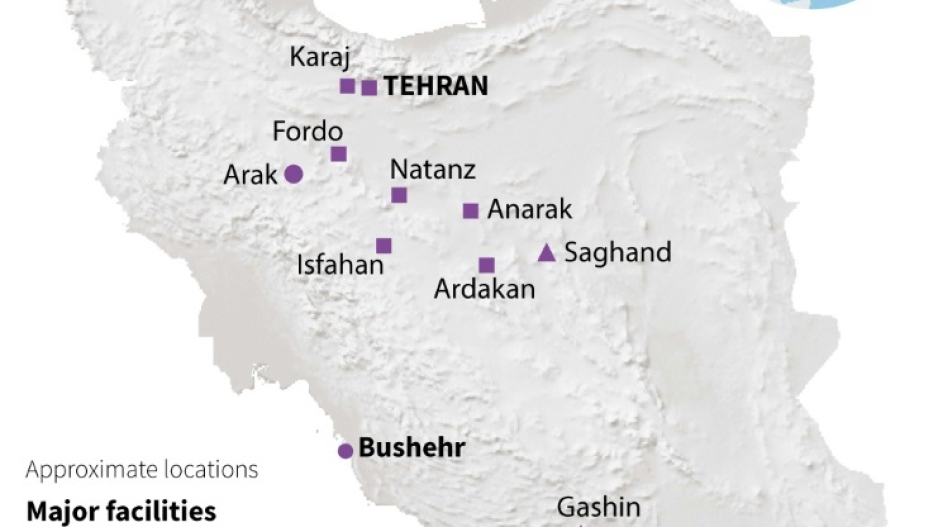 The heavily protected Fordo plant around 180 kilometres (110 miles) south of Tehran was built deep underground in a bid to shield it from air or missiles strikes by Iran's enemies.

Arch foe Israel has never ruled out military action if it deems it necessary to prevent Iran developing a nuclear weapons capability.

Israel is widely suspected to hold the region's sole if undeclared nuclear arsenal, although it has consistently refused to confirm or deny that it is nuclear-armed.

The implementation of the 2015 deal was overseen by the International Atomic Energy Agency but the UN watchdog's relations with Iran have declined sharply in recent months.

The IAEA board of governors passed a resolution on Thursday criticising Iran for its lack of cooperation.

"We warned that political pressure and resolutions wouldn't change anything and that the adoption of a resolution would draw a serious response," said Eslami.

"That's why the production of uranium enriched to 60 percent began at Fordo from Monday."

The ISNA news agency said that the step at Fordo was one part of Iran's response.

"As well, in a second action in response to the resolution, Iran injected (uranium hexafluoride) gas into two IR-2m and IR-4 cascades at the Natanz plant," it said, referring to an older enrichment facility.

The UN watchdog has been pressing Iran to explain the discovery of traces of nuclear material at three sites it had not declared, a key sticking point that led to the adoption of an earlier censure motion by the IAEA in June.

In a report seen by AFP earlier this month, the IAEA said Iran's stockpile of enriched uranium stood at 3,673.7 kilogrammes as of October 22, a decrease of 267.2 kilogrammes from the last quarterly report.

The IAEA complains that the ability of its inspectors to monitor Iran's stepped up nuclear activities has been hampered by restrictions imposed by Iran.