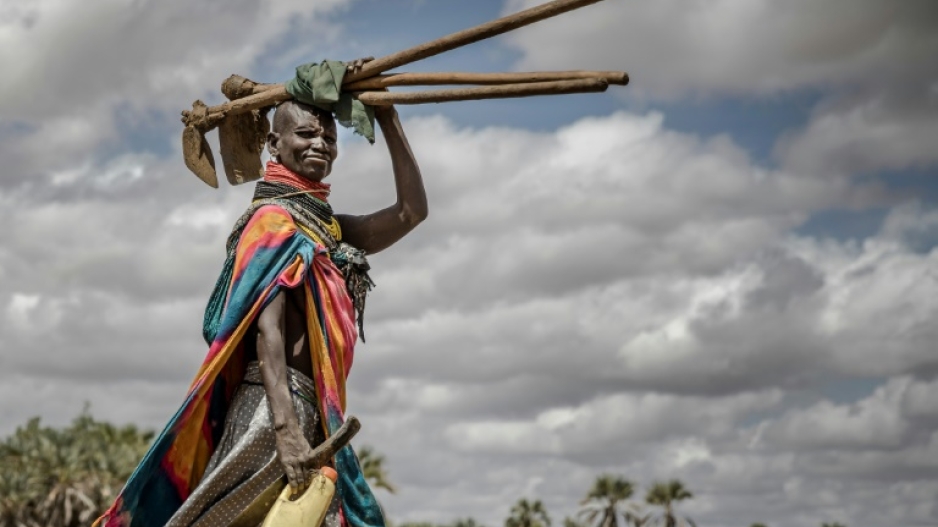 NAIROBI - Activists and agriculture lobby groups on Thursday urged Kenya's government to reverse its decision to lift a long-standing ban on genetically modified crops as the country struggles with a crippling drought.

The government of newly elected President William Ruto on Monday allowed the open cultivation and import of GM crops, saying it was in response to the drought -- the worst to hit the country in 40 years.

But activists protested the move, raising concerns over the safety of GM foods in a joint statement signed by nearly a dozen groups, including Greenpeace Africa.

"Food security is not just (about) the amount of food but the quality and safety of food," the statement said.

"Our cultural and indigenous food have proved to be safer, with diverse nutrients and with less harmful chemical inputs."

Kenya, like many other African nations, banned GM crops over health and safety concerns and to protect smallholder farms, who account for the vast majority of rural agricultural producers in the country.

However, the East African powerhouse had faced criticism over the ban including from the United States which is a major producer of GM crops.

On Monday, a statement issued by Ruto's office said the decision was "a progressive step towards significantly redefining agriculture in Kenya by adopting crops that are resistant to pests and disease."

It said the cabinet had considered expert views and technical reports, including by Kenya's National Biosafety Authority, the World Health Organization and Food and Agriculture Organization, before arriving at a decision.

But the activists said the move was made without public participation and that it "essentially curtails the freedom of Kenyans to choose what they want to eat, or not."

"We demand that the ban be immediately reinstated and an inclusive participatory process be instituted to look into long-term and sustainable solutions to issues affecting food security," they said.

They added that the lifting of the ban opened the market to US farmers using sophisticated technologies and highly subsidised farming that risked putting small-scale farmers in Kenya out of business.

Agriculture is the backbone of Kenya's economy, contributing over 20 percent to GDP.

Ruto, a former chicken seller turned millionaire businessman, was elected to the top job in August on a promise to turn around Kenya's stuttering economy and tackle inflation.

Within weeks of taking office in September, he halved the price of fertilisers to improve crop yields in the midst of the drought that has affected 23 of 47 counties.

Four consecutive rainy seasons have failed in Kenya, Somalia and Ethiopia, an unprecedented climatic event that has pushed millions across the Horn of Africa into extreme hunger.