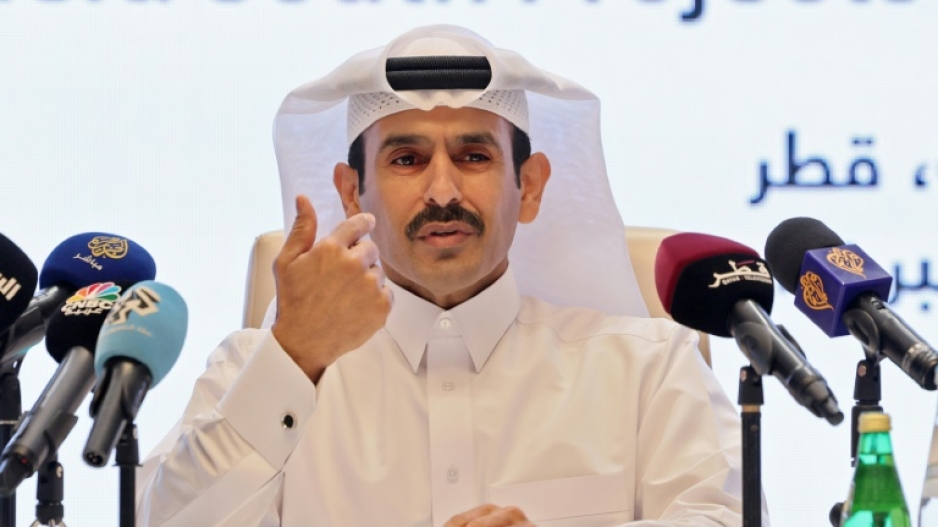 Qatar's Energy Minister Saad Sherida al-Kaabi says up to two million tons of liquefied natural gas a year will be sent to Germany from 2026, as Europe scrambles to find alternatives to Russian energy sources

Qatar's Energy Minister Saad Sherida al-Kaabi said up to two million tons of gas a year would be sent for at least 15 years from 2026, and that state-run QatarEnergy was discussing other possible deals for Europe's biggest economy.

Kaabi, who is also QatarEnergy's chief executive, said so many European and Asian countries now want natural gas that he did not have enough negotiators to cope.

The talks for the latest deal took several months as Germany has resisted the long-term contracts that Qatar normally demands to justify its massive investment in the industry.

Russia's invasion of Ukraine in February increased pressure on the German government to find new sources. And the latest deal will not help the country get through the looming winter.

The gas will be bought through US firm ConocoPhillips, a long-term partner with QatarEnergy, and sent to a new terminal that Germany is hurrying to finish at Brunsbuttel.

"We are committed to contribute to the energy security of Germany and Europe at large," Kaabi told a press conference after the signing ceremony with ConocoPhillips chief executive Ryan Lance.

Lance hailed the accord as "a vital contribution to world energy security".

Qatar last week announced a 27-year agreement to ship four million tons a year to China. It said this was the longest contract agreed in the industry.

Qatari officials would not discuss prices but industry analysts have said Germany will have to pay a premium for the shorter contract and the hurried start to deliveries.

Kaabi again stressed the "sizeable investments" that his country has made in extracting gas for deliveries around the world.

But he also said that Qatar was negotiating with German companies to further increase the "volumes" being sent.

The gas will come from the North Field East and North Field South projects that Qatar is developing with ConocoPhillips and other energy multinationals. North Field contains the world's biggest natural gas reserves and extends under the Gulf into Iranian territory.

Through expansion in North Field, Qatar is aiming to increase its production by 60 percent by 2027. With increases in international prices, the value of its exports has almost doubled in the past year, state media said recently.

Asian countries led by China, Japan and South Korea have been the main market for Qatar's gas, but it has been increasingly targeted by European countries since Russia's war on Ukraine threw supplies into doubt.

"There is very intense discussions with European buyers and with Asian buyers," Kaabi said, highlighting the "scarcity of gas coming in the next few years".

"We do not have enough teams to work with everybody, to cater for the needs" of all countries making demands.

Kaabi said the deal with China's Sinopec showed that "Asian buyers are feeling the pressure of wanting to secure long-term deals... I think we are in a good position."

The Brunsbuttel terminal supplies customers of German energy companies Uniper and RWE, and Economy and Energy Minister Robert Habeck said the two firms "have to buy on the world market.

"It is clear that the world market has different suppliers, and it is smart from the companies to buy the most favourable offers for the consumers on the world market, and that includes Qatar.

"But this is not the only supplier on the market."