US unveils high-tech B-21 stealth bomber 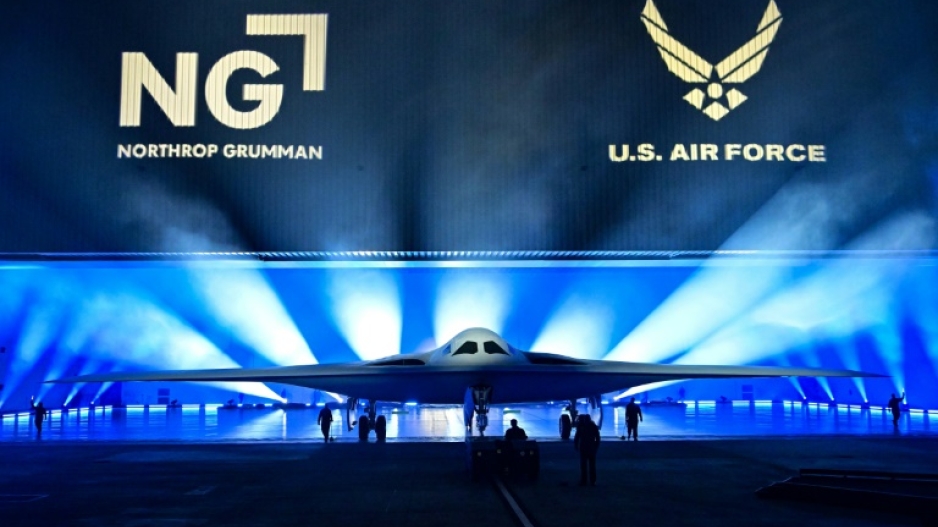 The B-21 Raider is unveiled during a ceremony at Northrop Grumman's facility in Palmdale, California on December 2, 2022

WASHINGTON - The United States unveiled the B-21 Raider, a high-tech stealth bomber that can carry nuclear and conventional weapons and is designed to be able to fly without a crew on board.

"The B-21 Raider is the first strategic bomber in more than three decades. It is a testament to America's enduring advantages in ingenuity and innovation," US Defense Secretary Lloyd Austin said in remarks at the ceremony.

Many specifics of the aircraft are being kept under wraps, but the plane will offer significant advances over existing bombers in the US fleet, which Austin highlighted in his remarks.

He hailed its range -- "no other long-range bomber can match its efficiency" -- and its durability, saying it is "designed to be the most maintainable bomber ever built."

Like the F-22 and F-35 warplanes, the B-21 features stealth technology, which minimises an aircraft's signature through both its shape and the materials it is constructed from, making it harder for adversaries to detect.

"Fifty years of advances in low-observable technology have gone into this aircraft," Austin said. "Even the most sophisticated air defense systems will struggle to detect the B-21 in the sky."

The plane is also built with an "open system architecture," which allows for the incorporation of "new weapons that haven't even been invented yet," he said. 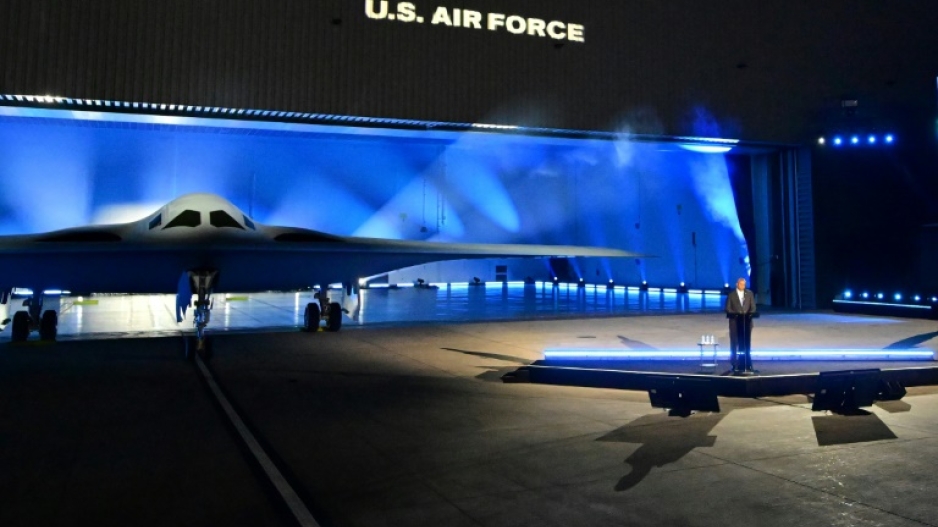 US Secretary of Defense Lloyd Austin speaks at the B-21 Raider unveiling ceremony in Palmdale, California. AFP/Frederic J. Brown

Not mentioned during the ceremony was the plane's potential for uncrewed flight. US Air Force spokesperson Ann Stefanek told AFP the aircraft is "provisioned for the possibility, but there has been no decision to fly without a crew."

The first flight by a B-21 -- "the backbone of our future bomber force" -- is expected to take place next year, and the Air Force plans to buy at least 100 of the aircraft, Stefanek said.

Northrop Grumman said six of the planes are currently in different stages of assembly and testing at its facility in Palmdale.

The bomber will be a key part of the US "nuclear triad," which consists of weapons that can be launched from the land, air and sea.

"For nuclear deterrence, the bomber fleet provides flexibility to US nuclear posture, and redundancy should any of the other legs fail," Nelson said.

The "Raider" portion of the aircraft's name honours the 1942 US bomber raid on Tokyo led by then-lieutenant colonel James Doolittle -- the first American strike on Japan's homeland following the surprise attack on Pearl Harbor the previous year.

"On a cold and rainy April morning, four months after Pearl Harbor, 16 US Army bomber planes took off from an aircraft carrier in the Pacific," Austin said.

They "flew more than 650 miles to strike distant enemy targets, and the Doolittle Raiders, as they came to be known, showed the strength and the reach of American air power," he said.