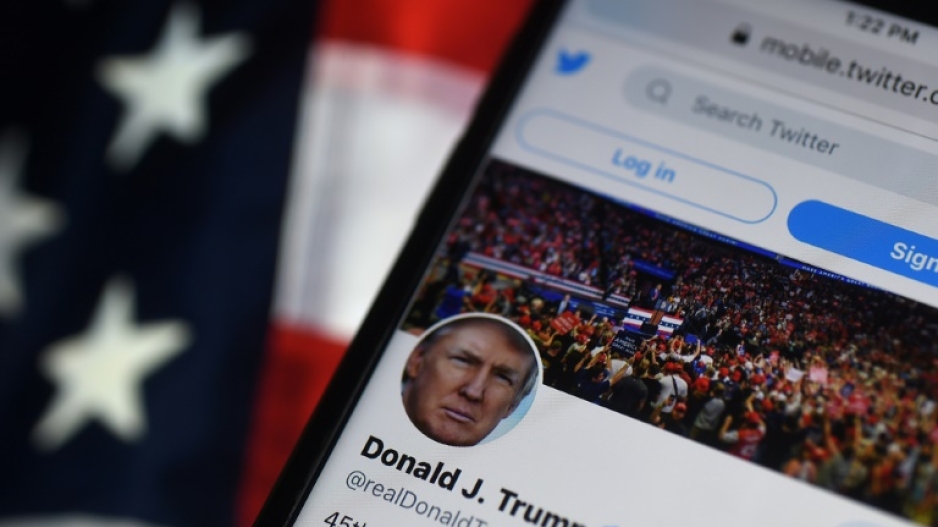 Donald Trump is allowed back on Twitter - can he resist? AFP/Olivier Douliery

WASHINGTON - Donald Trump has seemingly rejected returning to Twitter, but as he embarks on a new presidential campaign, will he be able to resist?

All eyes were on his account for any activity after it was reinstated by the platform's new owner Elon Musk.

Twitter had issued a "permanent" ban on Trump in the wake of the 6 January 2021 attack by his supporters on the US Capitol, as he sought to overturn his election loss to Democrat Joe Biden.

But Musk, who describes himself as a "free speech absolutist," posted a Twitter poll on Saturday that saw a majority support the former president's reinstatement, and the platform's new owner wasted no time in acting on it.

The revived account of the "45th President of the United States of America," with its blue "verified" checkmark, had not posted any new messages.

The last message dates from 8 January 2021, when the billionaire said he would not attend Biden's inauguration ceremony.

On the same day, Twitter banned the account, which was being followed by some 88.8 million people, citing the risk of further incitement to violence.

Trump's followers numbered 86.6 million as of Sunday -- though it was unclear how many of those were real and how many were bots -- while the number of accounts followed by him went from zero to 49.

It was not clear who linked the website to the account or what any changes in the number of followers means -- mass layoffs in recent weeks under Musk have seen Twitter's communications team decimated.