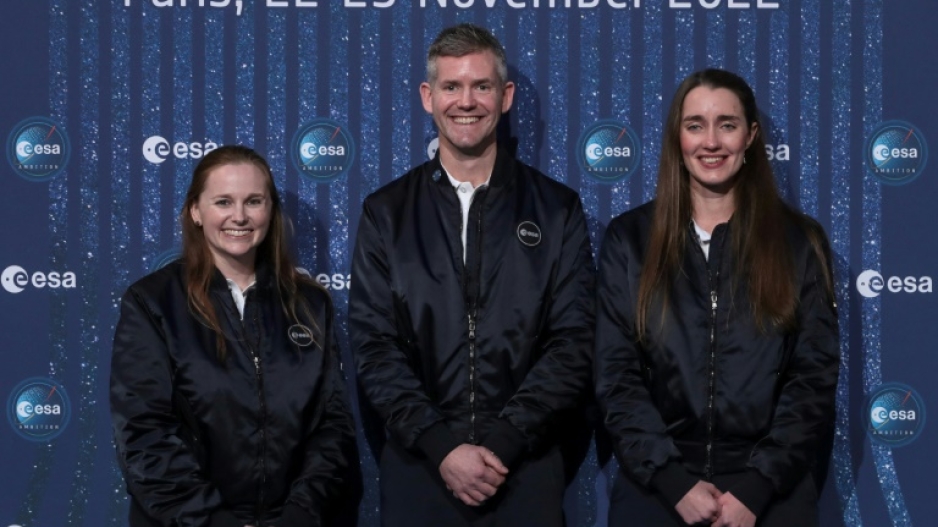 PARIS - The European Space Agency announced five new career astronauts, as well as history's first astronaut recruit with a disability, after adopting a record budget to fund its projects.

"I'm European but from the UK," Coogan told the ceremony. Though Britain has left the European Union, it remains in the ESA.

The new recruits start training next year and are not expected to blast off into space on a mission until 2026.

They will join the astronauts from the ESA's previous 2009 astronaut class, which include Britain's Timothy Peake and France's Thomas Pesquet. It is from that previous class that an astronaut will be selected to go to the Moon as part of NASA's Artemis mission.

"No one is retiring today," Pesquet said, advising the new recruits to "hang on tight". 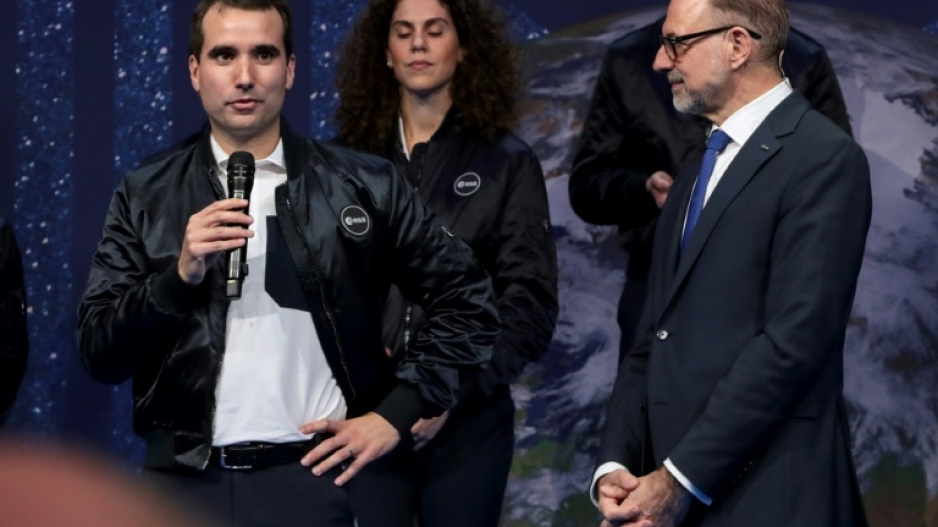 Belgium's Raphael Liegeois, left, is one of five new astronauts who will start training in the spring

The ESA also announced the first astronaut recruit with a physical disability, British doctor and Paralympian John McFall, who will join a separate "parastronaut feasibility programme".

The 41-year-old's right leg was amputated after a motorcycle accident at the age of 18. He became a sprinter, winning bronze at the 2008 Paralympics.

"It had been quite a whirlwind experience, given that as an amputee I'd never thought being an astronaut was a possibility," he said.

The ESA also established an astronaut reserve of six women and five men who passed the selection process and can be called up in future if needed.

The new astronauts were named after two days of tough talks by ministers from the ESA's 22 member states meeting in Paris to decide on the agency's future funding.