Goosebumps, tears for first visitors to Windsor since queen's death 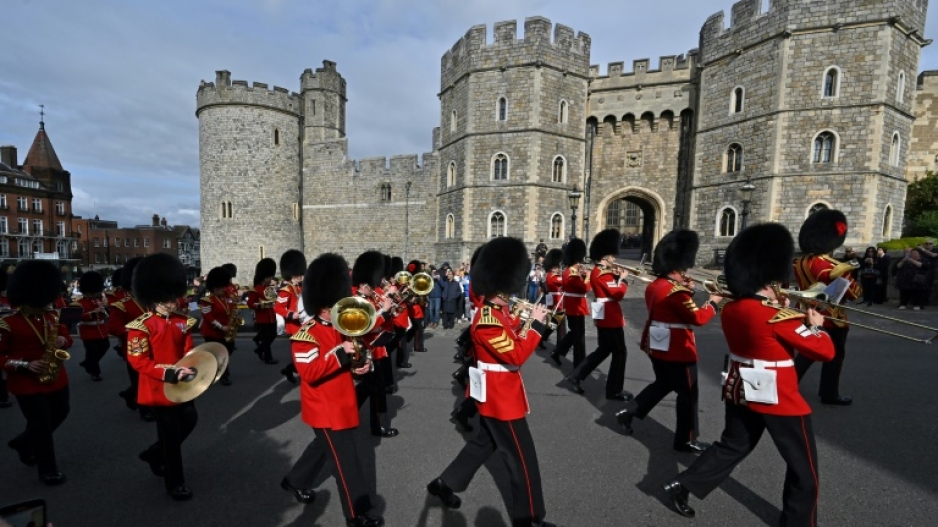 WINDSOR - Vivian Bjorkenstamn brought pink roses and condolence cards for her visit to Windsor Castle, as it reopened to the public on Thursday after the death of Queen Elizabeth II.

"I am here specifically today to pay respects and show my gratitude for the queen," she told AFP.

"She is part of our DNA. She will be sadly missed... I brought flowers and cards on behalf of many people in Canada because they can't be here."

On hearing the news of the queen's death on September 8, Bjorkenstamn, 65, came straight to Windsor, west of London, from her home in Toronto.

The queen, who was 96 when she passed away, was also queen of Canada and 13 other countries outside Britain.

Others in the queue outside the castle's stately walls included tourists who simply got lucky by booking tickets in advance.

"She had such a presence. She made you feel like she knew you," said Julie Davies, 67, who met the queen when she opened the hospital where she worked near Liverpool, northwest England, in 1982.

Davies came with her husband Allan, 62, to pay their respects at the queen's final resting place in the King George VI Memorial Chapel at Windsor.

Royal palaces and residences have been closed since the death of the queen, including Windsor, where she spent much of her time. 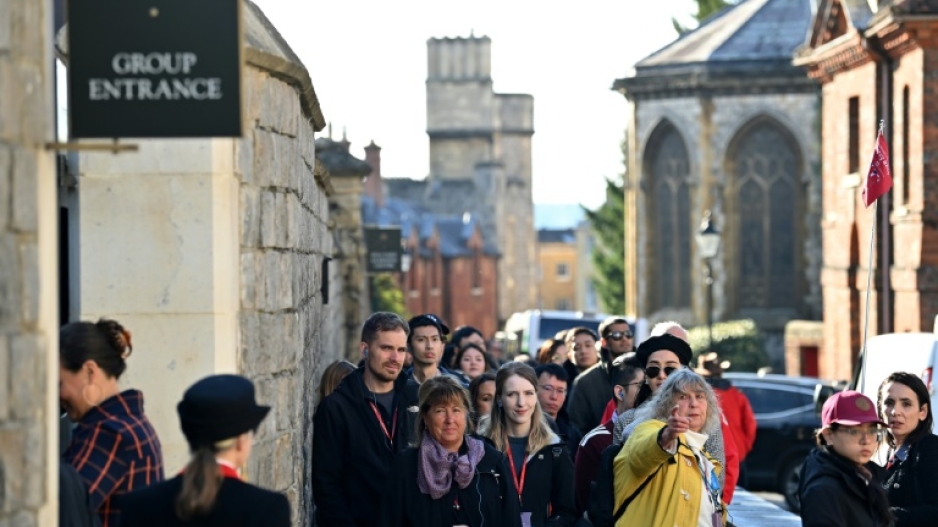 After a grand state funeral at London's Westminster Abbey, and a committal service at St George's Chapel at Windsor, her coffin was transferred to the adjoining King George VI Memorial Chapel.

She now lies there alongside her father, King George VI, and her mother, also called Elizabeth.

The queen's husband Prince Philip, who died last year, is also interred there, as are the ashes of her younger sister, Princess Margaret.

"It's just lovely because we watched the funerals on television at home and then suddenly it comes to life when you actually see the castle," said Davies.

"It's very emotional. It means a lot," added her husband.

Elizabeth II was Britain's longest-serving monarch in history, spending 70 years on the throne.

She often prayed at St George's Chapel, which dates back more than 500 years.

The memorial chapel, which was completed in 1969, was commissioned by Elizabeth as a permanent resting place for her father.

The king died aged 56 in February 1952 but his death had been unexpected and as a result no specific resting place had been allocated.

For her father, the queen rejected the idea of the traditional marble chest tomb with life-sized effigies favoured by earlier royals.

Instead his grave was marked with a simple black marker stone laid into the floor.

The stone now also records the birth and death dates of Elizabeth and Philip in gold letters.

Inside the castle, there was an hour-long wait to get inside the chapel -- nothing compared to the overnight queues and waits of up to 25 hours to see the queen's coffin lying in state in central London. 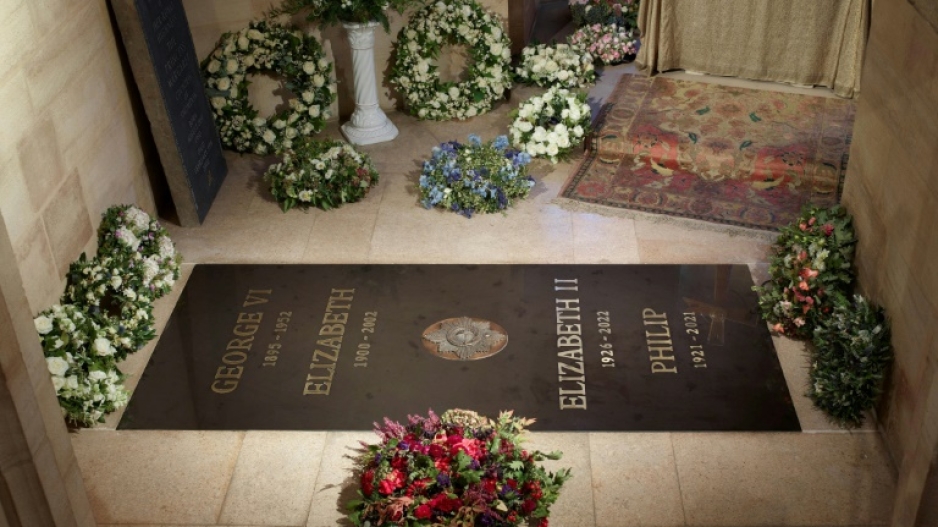 The King George VI Memorial Chapel's marker stone bears the names of the queen, Prince Philip and her parents

For a few seconds, visitors got to see the tomb, looking in silence at a recently turned page in British history.

Tracey Fletcher, who came to Windsor from London with her best friend, said seeing the queen together with Philip and her parents was very moving.

"I cried," she admitted, calling it a "privilege" to be among the first people to see the new royal tomb and "the best way" to say "a last goodbye".

"She was all we ever knew. She was always there," she added, promising to return to the castle, which welcomes some 1.5 million visitors each year.

Terence Tan, a tourist from Singapore, said he just happened to be in the country at the right moment for what he called a "once-in-a-lifetime" event.

But Amy Schrader, 34, and her sister Sarah Exner, 28, from Washington, said they had been determined to secure tickets for the reopening.

"We were affected by the queen's death. We came to celebrate her life, to see her grave and pay our respects," Schrader said.

To be among the first to see the grave was unexpected but "definitely something so special".

"It gives me goosebumps just thinking about that. We feel extremely honoured," she added.