Kisses for King Charles III as he greets crowd at palace 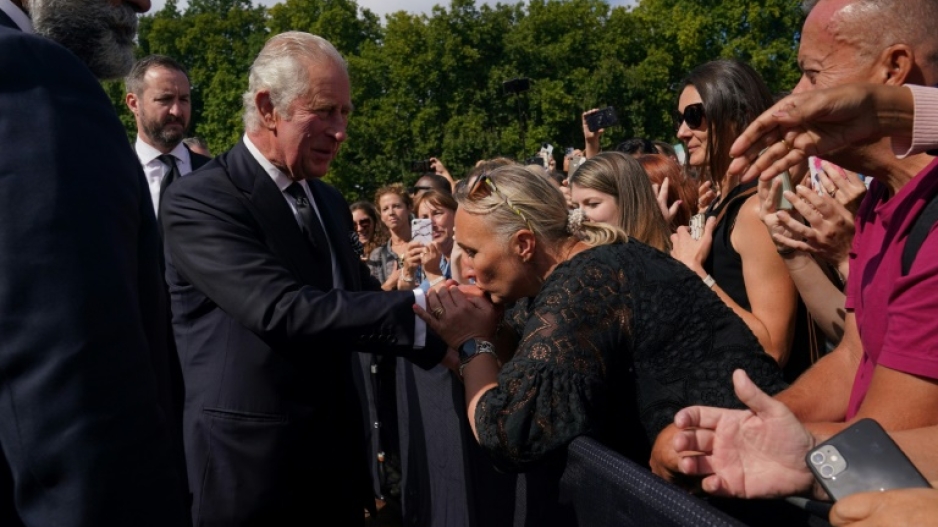 LONDON - A smiling King Charles III received a kiss from one well-wisher as he was greeted by cheers of "God Save the King" at Buckingham Palace Friday.

Returning to London for the first time since the death on Thursday of his mother, Queen Elizabeth II, he got out of his car to meet some of the thousands of people gathered to mourn and greet the new monarch.

He shook hands, accepted flowers and waved as people held up their phones to take selfies, while others offered some words of condolence, and calls of "We love you King Charles" were heard.

"I saw the top of his head, I wasn't expecting to, I was only coming to bring my flowers," said Apophia Othieno, a lecturer, adding: "It was lovely."

There were impromptu renditions of the national anthem, with the word "queen" switched to "king", and cries of "hip, hip hooray".

Charles, 73, wearing a black suit and tie and white shirt, afterwards walked to see some of the bouquets and tributes left at the gates of the palace for his late mother. 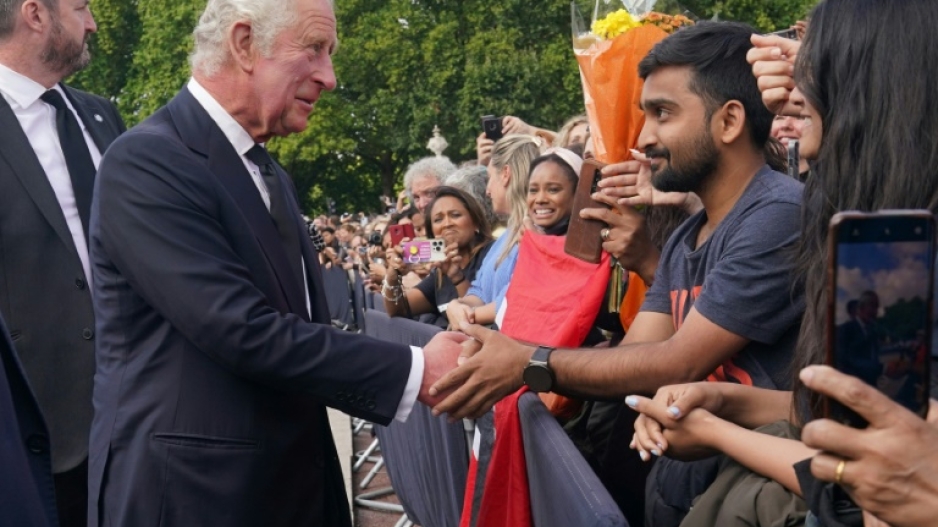 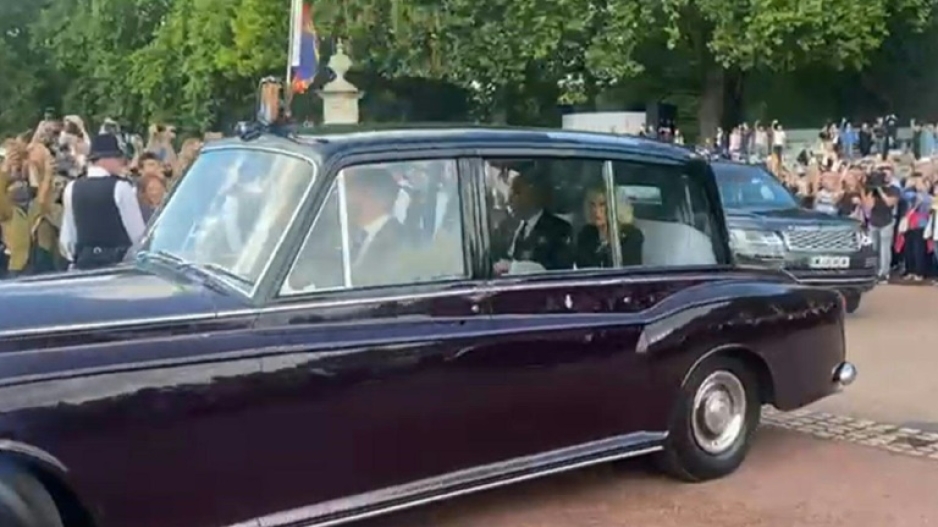 "It was impressive, touching, a good move to come out to the crowds," said Ammar Al-Baldawi, a 64-year-old retiree from north of London.

"These are true loyalists here and it's nice to see him back in post, taking charge of the family and the Crown, which is reassuring."

Charles was joined by his wife Camilla, the Queen Consort, before they went inside, where the new king was due to record his inaugural television address to the UK and the Commonwealth.

They had flown down from Scotland where they had been with the queen at her Balmoral estate, where she died on Thursday aged 96 after a record-breaking 70 years on the throne.

"He's got a hard act to follow," said Stephen Johnson, a 56-year-old Londoner.

He said he was feeling "very emotional", similar to when Charles' ex-wife Diana died in a car crash in Paris in 1997.

"I'm still getting my head round King Charles III," he told AFP.