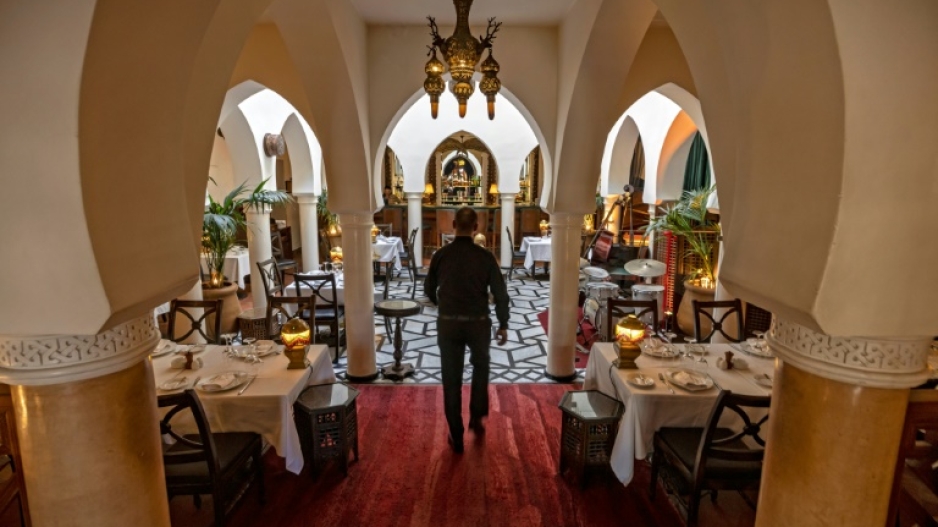 Former US diplomat Kathy Kriger opened a real-life "Rick's Cafe" in Casablanca as a tribute to the film.

CASABLANCA - Tourists are flocking to a bar in Morocco searching for the spirit of Humphrey Bogart's iconic, fictional nightclub, 80 years after the classic wartime film "Casablanca" hit the silver screen.

The Moroccan port city entered the cultural imagination of the United States at a key point in World War II, thanks to the moody romance starring Ingrid Bergman as Ilsa Lund and Bogart as Rick Blaine.

Just days after its initial screening on November 26, 1942, American forces snatched Casablanca from Vichy control during Operation Torch, a string of allied landings in North Africa that helped change the course of the war.

But Morocco was still under Vichy rule when the film was made, so director Michael Curtiz shot his entire masterpiece at Warner Brothers' studios in California.

Decades later, former US diplomat Kathy Kriger opened a real-life "Rick's Cafe" in Casablanca itself as a tribute to the film. 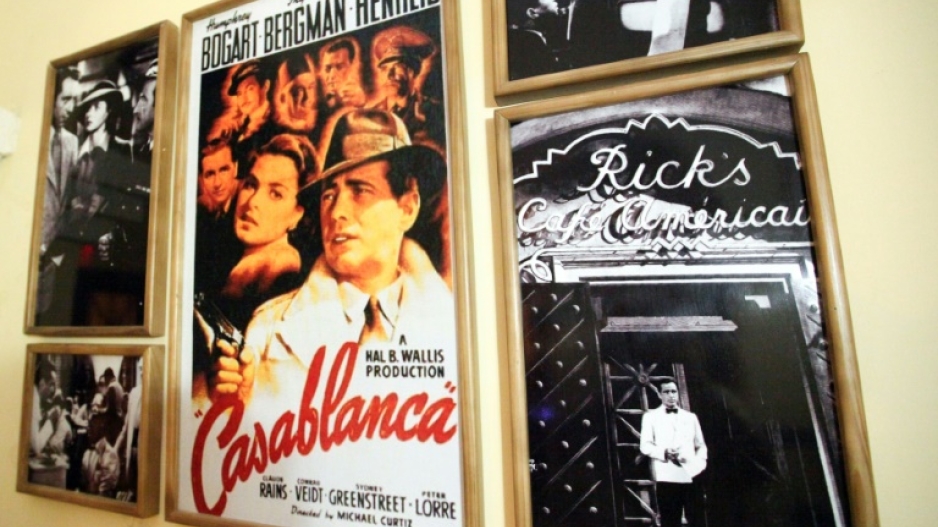 Posters and pictures of US movie classic "Casablanca", at a bar in Cuba, in a file photo taken on June 20, 2015

Complete with cocktails and piano, the venue is modelled on Blaine's eponymous bar, and became an instant hit with tourists when it opened its doors in 2004.

"I absolutely had to come, even though I knew that the film wasn't shot here," said Wendy, a tourist from Vancouver. "The place is a unique experience, nostalgic and romantic. You have to see it once in your life."

Fellow tourist Alexandra, from Spain, said she had not seen the film but was "fascinated" by the place.

"In my imagination, the city of Casablanca is linked to Rick's Cafe," she said. 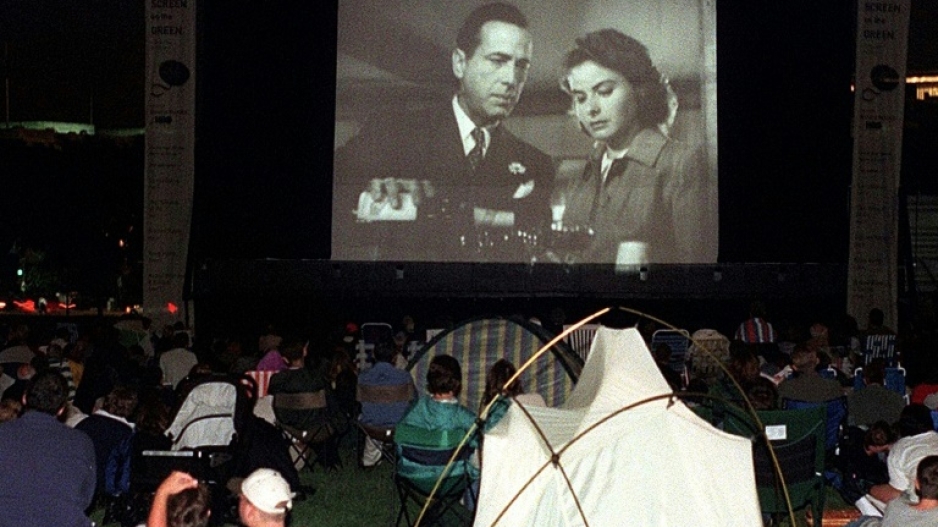 Stepping into the chic bar next to Casablanca's old city feels like walking back in time.

Tables are laid out on two levels, amid sculpted stucco columns in a traditional Moroccan style.

"It's not an exact replica of the cafe in the film," said restaurant manager and pianist Issam Chabaa. "The only thing that was perfectly reproduced in the end was its spirit."

The interior is littered with reminders of the film that inspired it -- wrought iron candle holders, beaded lampshades, a jazz and blues repertoire from the era and posters of the film.

Of course, the restaurant houses a piano, similar to the one on which Dooley Wilson's character Sam played "As Time Goes By" -- the theme song of Rick and Ilsa's affair. 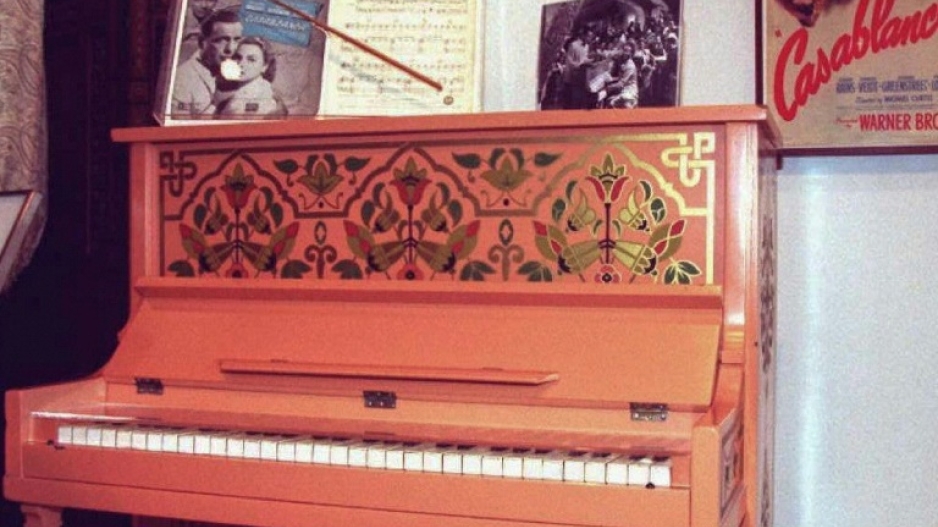 The piano used in "Casablanca" to play "As Time Goes By" on display at the Warner Brothers Studio Museum in Burbank, California, in a file picture from 1996

"All that's missing is a roulette wheel and the smoky, dramatic atmosphere of the time," said Irish diner Tony.

He and his companions said they were not cinema buffs, but could nevertheless recite lines from the film.

"We'll always have Paris," quoted one, referring to Blaine and Lund's romance shortly before Nazi Germany invaded France in 1940.

Blaine recites the enduring line to Lund as he convinces her to part ways with him, sacrificing their love affair to help her husband, a Czech resistance fighter, escape the Nazis. 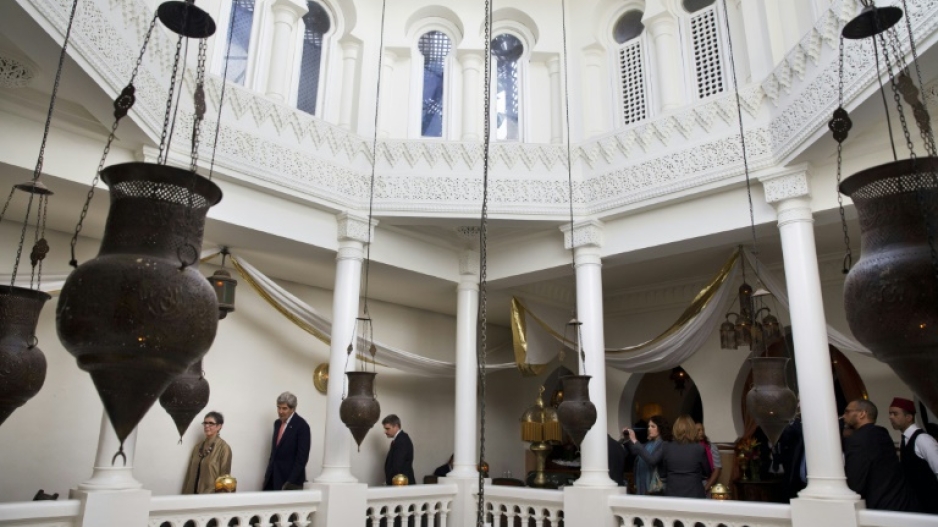 Rick's Cafe owner Kathy Kriger shows then US secretary of state John Kerry around the cafe in Casablanca in this file picture from April 4, 2014

"Casablanca" gave allied forces a propaganda boost as they gained control of North Africa, which became a springboard from which to liberate western Europe.

The film's US release came in January 1943 as president Roosevelt took part in the Casablanca Conference in preparation for that push.

Historian Meredith Hindley, author of a book on wartime Casablanca, said the film formed "part of the American war experience in a way that was never intended".

"It just becomes part of the American cultural fabric," she said.

The movie has remained one of Hollywood's most beloved works.

American drummer Najib Salim, who has performed at Rick's Cafe for 15 years, described it as "timeless".

"It will always be anchored in legend," he said.