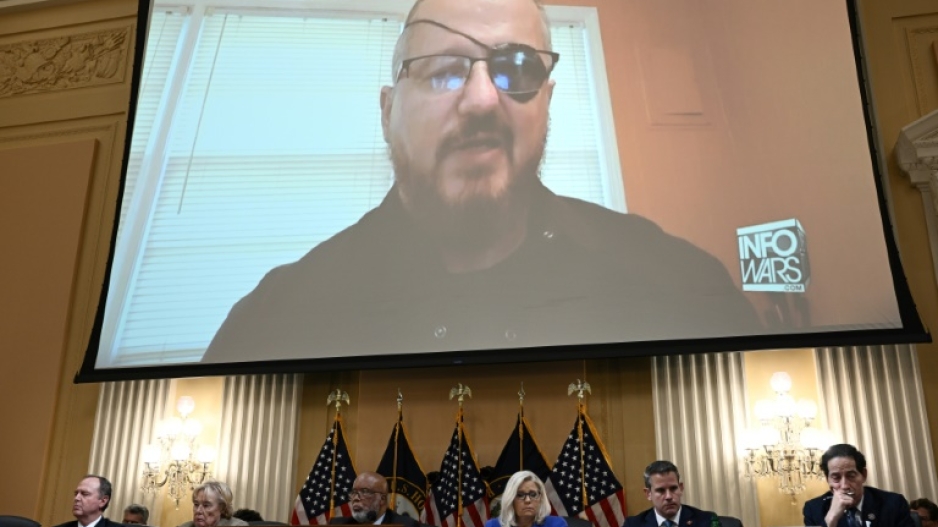 Stewart Rhodes, founder of the Oath Keepers, is seen on a screen in June 2022 during a Congress committee hearing to investigate the attack on the US Capitol

WASHINGTON - The landmark sedition trial of five members of the far-right Oath Keepers opened Monday with prosecutors telling a jury that the group heavily armed itself on January 6, 2021, to attack the Capitol to keep Donald Trump in the presidency.

Justice Department attorney Jeffrey Nestler said that Stewart Rhodes, the eyepatch-wearing former soldier and Yale law school graduate, knew exactly what he was doing when he led the militia's followers towards the Capitol.

Showing videos of the violent assault by dozens of group members dressed in military-style combat gear, Nestler said Rhodes directed them "like a general on the battlefield" as they sought to prevent 2020 election winner Joe Biden from being certified as the next president.

On January 6 the Oath Keepers "concocted a plan for an armed rebellion ... plotting to oppose by force the government of the United  States," Nestler said.

"They did not go to the capital to defend or to help. They went to attack," he said. 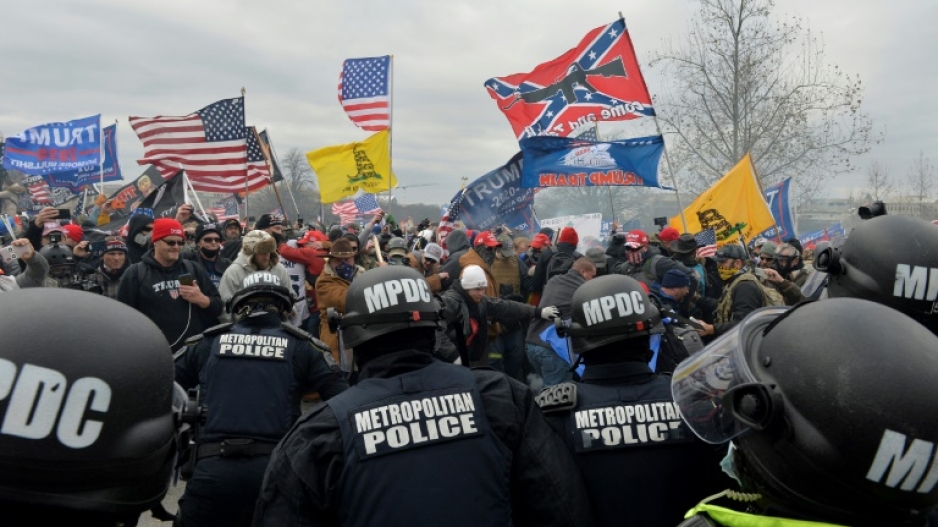 Supporters of former president Donald Trump clash with police and security forces as they storm the US Capitol on January 6, 2021

With a potential 20-year prison sentence, the charge is the toughest yet in the prosecutions of hundreds who took part in the Capitol assault, which aimed to reverse President Joe Biden's victory in the November 2020 election.

Of some 870 charged in the riot, which saw Congress evacuated and dozens of police officers injured by attackers, most are accused of lesser crimes like assault and disrupting an official government meetings, as well as illegal entry.

The government has reserved sedition for just a few dozen of the attackers, mostly members of self-styled militia groups like the Oath Keepers and Proud Boys who allegedly planned and coordinated the attack.

The Oath Keepers' attorneys are expected to argue to the jury Monday afternoon that they believed Trump would invoke the 1807 "Insurrection Act," deputizing them to protect the country.

That claim has raised expectations that the trial could reveal more about links between the Capitol attack and members of Trump's administration or his personal advisors.

But, in anticipation of that argument, Nestler said it was something Rhodes, graduate of one of the country's most prestigious law schools, concocted as a legal strategy to protect their actions.

"Rhodes' talk about the Insurrection Act was legal cover," he said.

Despite being called on by many supporters to invoke it in the weeks and days before January 6, Trump never did, he noted.

Instead, Rhodes and the others spoke on encrypted chats of launching a civil war to prevent Joe Biden from becoming president.

"I'm personally gonna start the civil war myself," if Congress moves to certify Biden as president-elect, Caldwell wrote to the others, the jury was told.