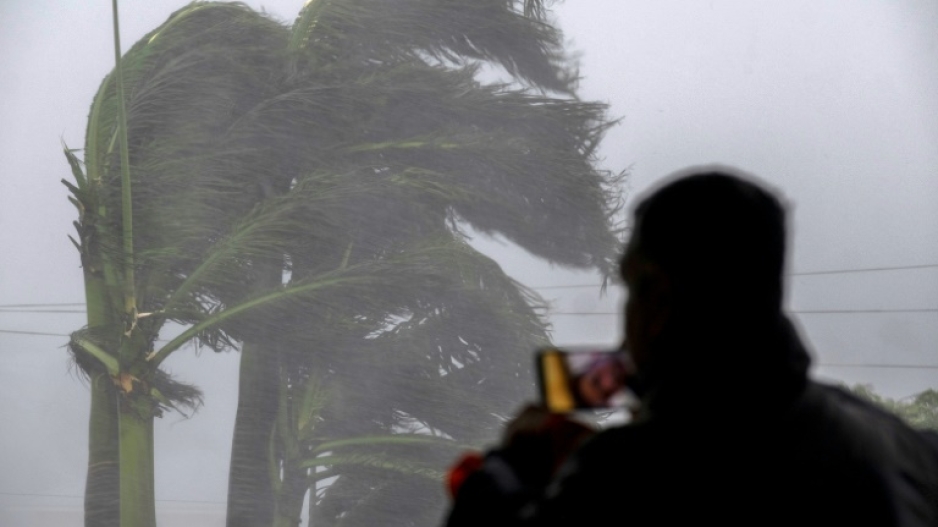 A man livestreams the impact of Hurricane Ian in Punta Gorda, Florida

The US Border Patrol said 20 migrants were missing after their boat sank, with four Cubans swimming to shore in the Florida Keys islands and three rescued at sea by the coast guard.

The National Hurricane Center (NHC) said the eye of the "extremely dangerous" hurricane made landfall just after 3:00 pm (1900 GMT) on the barrier island of Cayo Costa, west of the city of Fort Myers. 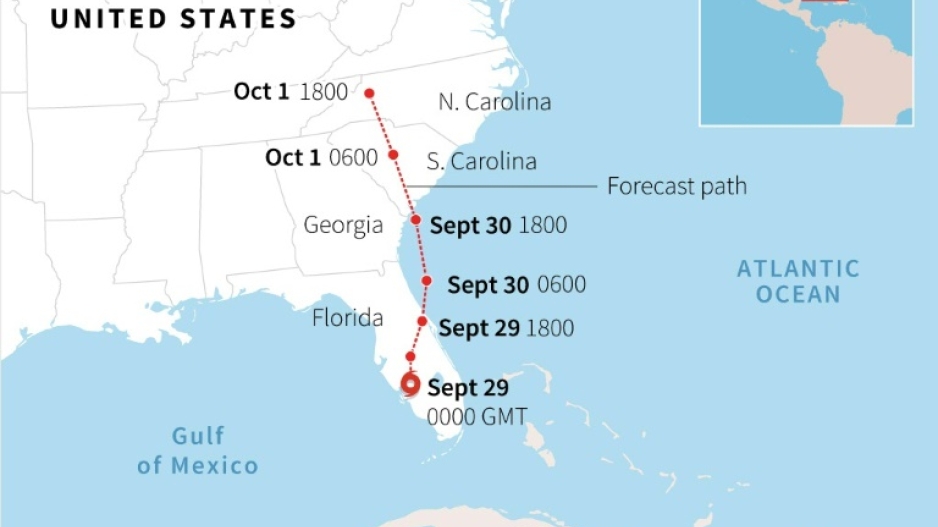 Some neighborhoods in Fort Myers, which has a population of more than 80,000, resembled lakes.

It later weakened to a Category 1 hurricane with winds dropping to a maximum 75 miles per hour, battering Florida with storm surges, damaging winds and "life-threatening catastrophic" flooding, the NHC said at around 2:00 am local time Wednesday (0600 GMT).

More than two million customers were without electricity in Florida early Thursday, out of a total of more than 11 million, with southwestern areas of the state the hardest hit, according to the PowerOutage.us tracking website.

Ian is set to affect several million people across Florida and in the southeastern states of Georgia and South Carolina. 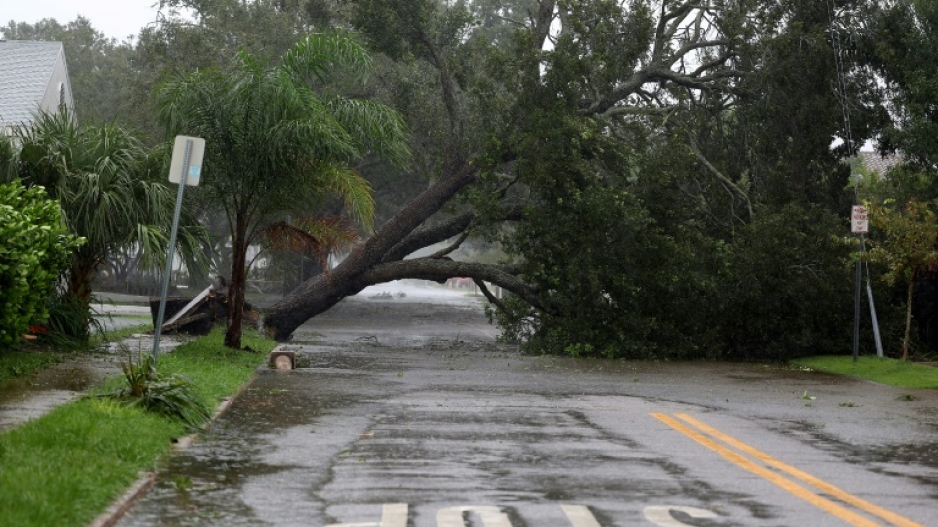 A tree downed by Hurricane Ian in Sarasota, Florida

As hurricane conditions spread, forecasters warned of a once-in-a-generation calamity.

"This is going to be a storm we talk about for many years to come," said National Weather Service director Ken Graham. "It's a historic event." 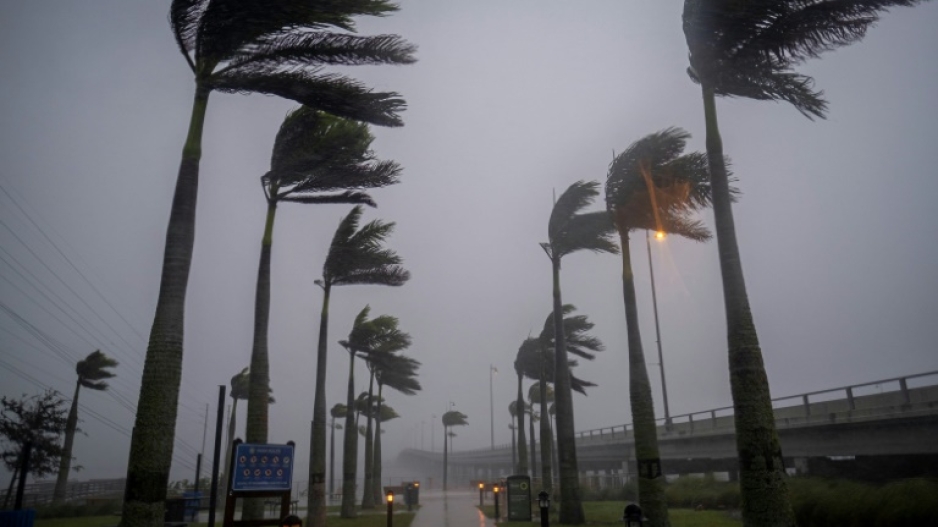 The town of Punta Gorda, north of Fort Myers, was in near-total darkness after the storm wiped out power, save for the few buildings with generators.

Howling winds ripped branches off trees, pulled chunks out of roofs, and blew the fronds of palm trees horizontal.

About 2.5 million people were under mandatory evacuation orders in a dozen coastal Florida counties, with several dozen shelters set up, and voluntary evacuation recommended in others.

For those who decided to ride out the storm, authorities stressed it was too late to flee and residents should hunker down and stay indoors. 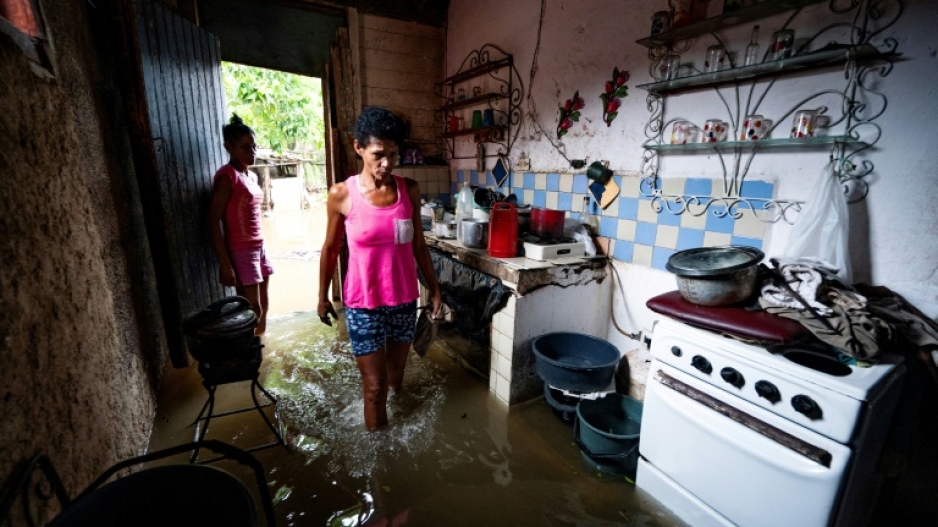 With up to 30 inches (76 centimeters) of rain expected to fall on parts of the Sunshine State, and a storm surge that could reach devastating levels of five to eight feet (1.5 to 2.4 meters), authorities warned of dire emergency conditions.

The storm was set to move across central Florida before emerging in the Atlantic Ocean later Thursday. 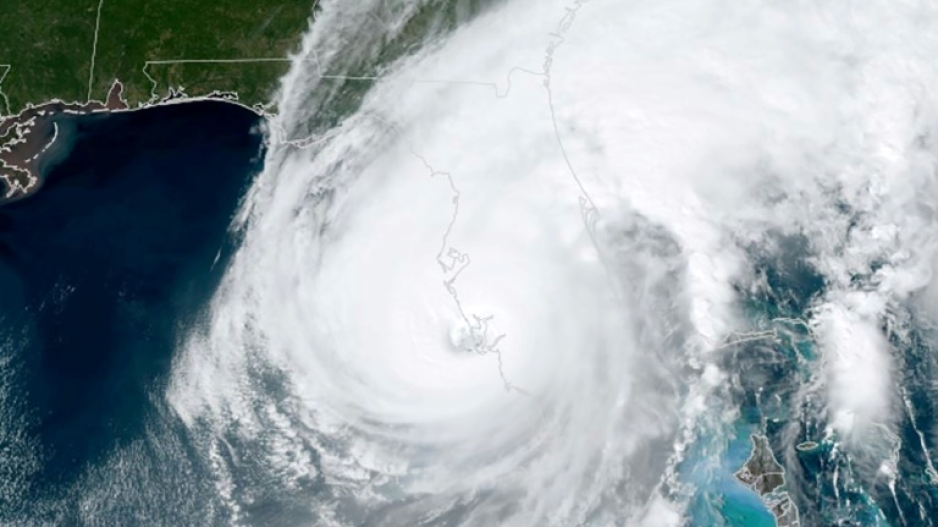 The eye of Hurricane Ian made landfall near Cayo Costa, Florida

Ian had plunged all of Cuba into darkness a day earlier, after battering the country's west as a Category 3 storm and downing the island's power network.

By Wednesday power had been restored for some residents of Havana and another 11 provinces, but not in Cuba's three worst-affected provinces in the west of the country.

In the United States, the Pentagon said 3,200 national guard personnel were called up in Florida, with another 1,800 on the way.

DeSantis said state and federal responders were assigning thousands of personnel to address the storm response.

"There will be thousands of Floridians who will need help rebuilding," he said.

As climate change warms the ocean's surface, the number of powerful tropical storms, or cyclones, with stronger winds and more precipitation are likely to increase.

The total number of cyclones, however, may not. 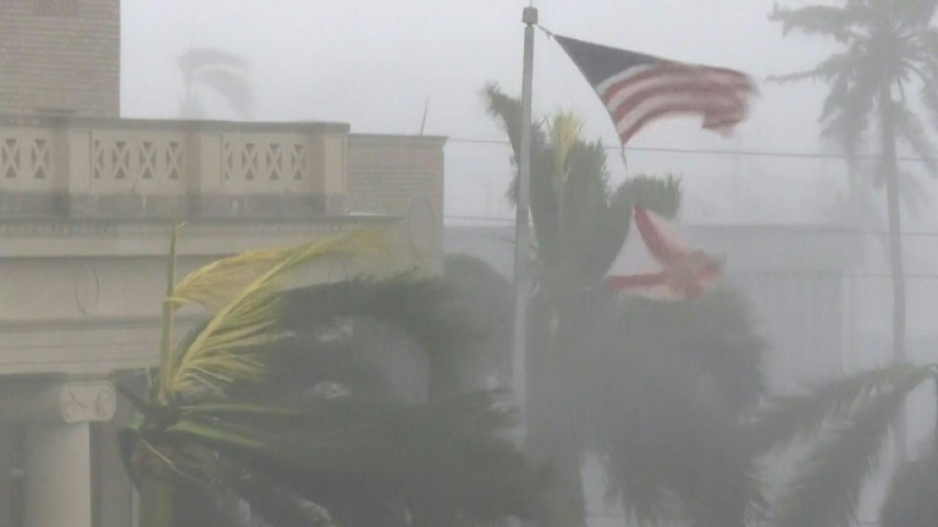 "There remains a consensus that there will be fewer storms, but that the strongest will get stronger," Lackmann told AFP.