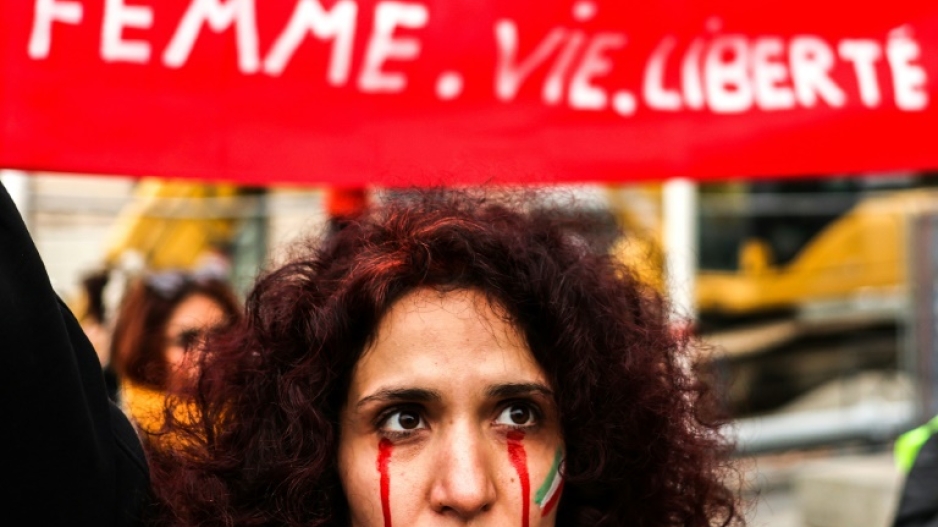 A protestor with red tears painted on her face during a rally in support of the demonstrations in Iran, in Toulouse, south-western France, on December 3

Iran was slapped with new sanctions Friday and activists called for fresh protests after the Islamic republic carried out its first execution over demonstrations that have shaken the regime for nearly three months.

Mohsen Shekari, 23, was hanged Thursday after being convicted of "moharebeh" -- or "enmity against God" -- after what rights groups denounced as a show trial.

The judiciary said Shekari was arrested after blocking a Tehran street and wounding a member of the Basij, a paramilitary force linked to Iran's powerful Islamic Revolutionary Guard Corps.

Iran said it was exercising "utmost restraint" in the face of the protests that flared over the September 16 death of Mahsa Amini, a 22-year-old Iranian Kurd, after her arrest for an alleged breach of the country's strict dress code for women.

Britain announced sanctions against 30 targets, including officials in Iran whom it accused of pursuing "egregious sentences" against protesters. 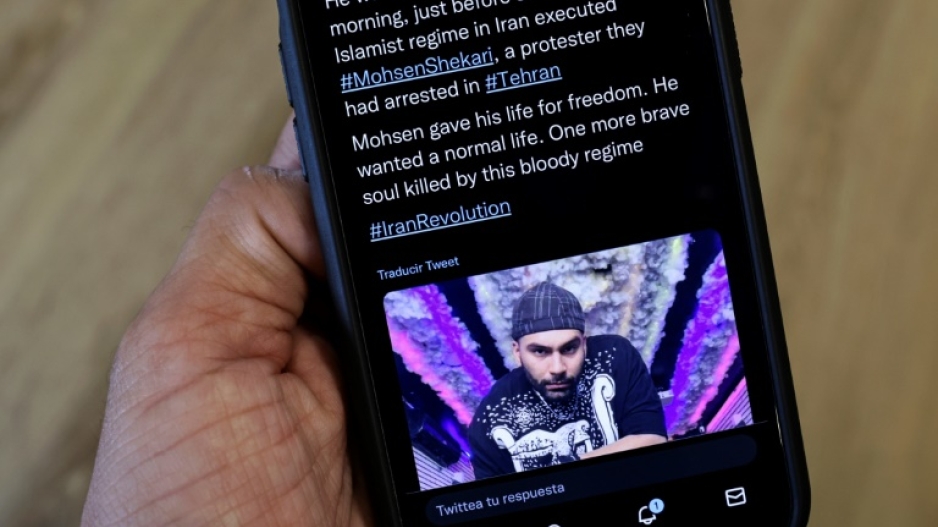 Mohsen Shekari, 23, was hanged Thursday after being convicted for blocking a street and wounding a paramilitary early on in the protests, after a legal process denounced as a show trial by rights groups

European diplomats said the EU was also set to impose more punitive measures on Iran over the crackdown that has killed at least 458 people, including more than 60 children, according to Oslo-based group Iran Human Rights (IHR).

Amnesty International said it was "horrified" by Shekari's execution, which followed a "grossly unfair sham trial".

IHR director Mahmood Amiry-Moghaddam said "Shekari was executed after a hasty and unfair trial without a lawyer".

The families of political prisoners put to death in mass executions in 1988 joined in the condemnation.

"Mohsen's execution is a reminder of the loss of our loved ones, who... just like Mohsen, were tried in minutes-long sham trials and, in the absence of lawyers and without having a chance to defend themselves, were sentenced to death," they said in a statement published by US-based Human Rights Activists News Agency.

Shekari's body was buried 24 hours after his execution in the presence of a few family members and security forces in Tehran's Behesht-e Zahra cemetery, the 1500tasvir social media monitor reported.

Overnight, protesters took to the street where he was arrested, shouting, "They took away our Mohsen and brought back his body," in a video shared by 1500tasvir. 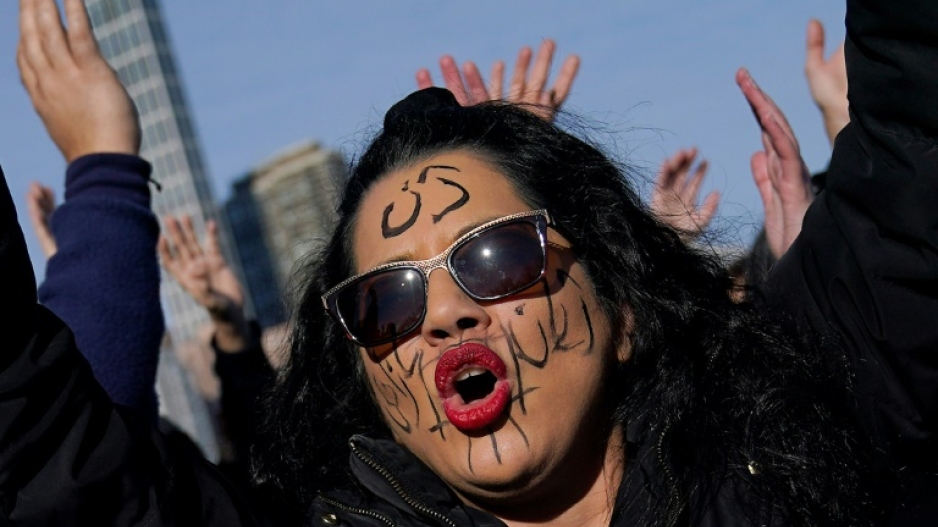 People pose for a photo as artist JR, in partnership with For Freedoms, Vital Voices, and the Woman, Life, Freedom global coalition of Iranian women leaders, holds one of his participatory performances in New York on December 4

Elsewhere, chants of "Death to the dictator" and "Death to Sepahi" were heard at a demonstration in Tehran's Chitgar district, in reference to Khamenei and Revolutionary Guards.

1500tasvir said Shekari's execution happened with such haste that his family had still been waiting to hear the outcome of his appeal.

It posted harrowing footage of what it said was the moment his family learnt the news outside their Tehran home, with a woman doubled up in pain and grief, repeatedly screaming his name.

Hamed Esmaeilion, an Iranian-Canadian activist who has organised mass protests in Berlin, Paris and other cities, said more demonstrations would be held at the weekend.

"Regardless of belief and ideology, let's join these gatherings in protest against the brutal execution of #MohsenShekari," he tweeted.

UN rights chief Volker Turk described the execution as "very troubling and clearly designed to send a chilling effect to the rest of the protesters". 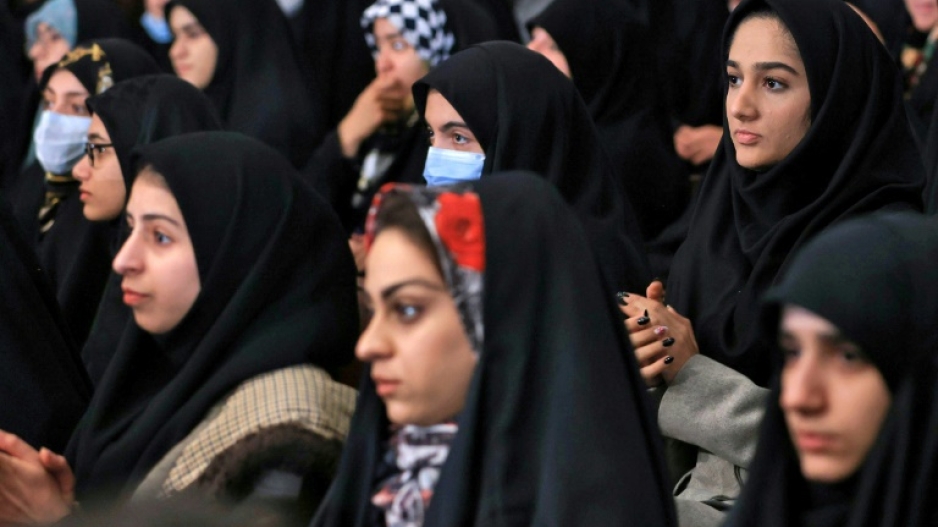 Western governments, which had already imposed waves of sanctions against Iran over the protest crackdown, also expressed anger.

Washington called Shekari's execution "a grim escalation" and vowed to hold the Iranian regime to account for violence "against its own people."

Iran has defended its response to the protests and accused the West of hypocrisy.

"In countering riots, Iran has shown utmost restraint and, unlike many Western regimes... Iran has employed proportionate and standard anti-riot methods," its foreign ministry said.

"The same is true for the judicial process: restraint and proportionality," it tweeted late Thursday, adding: "Public security is a red line." 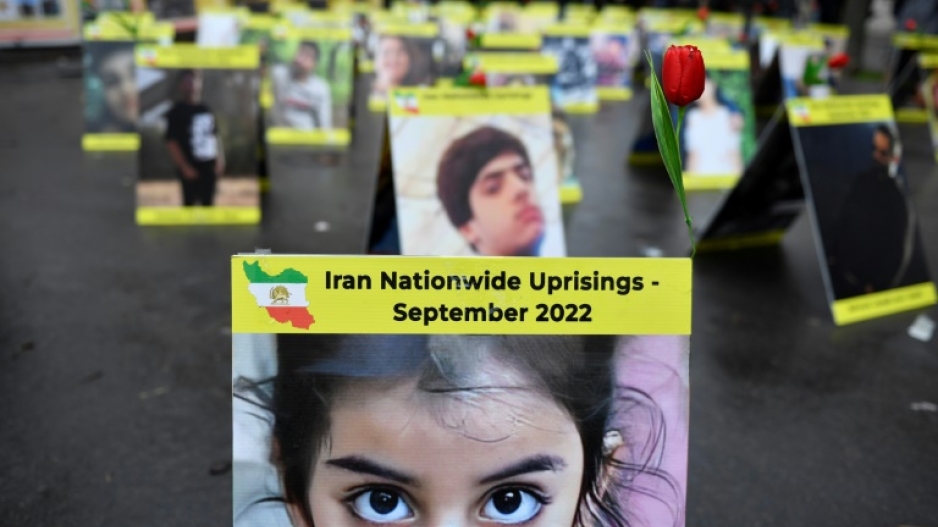 According to Amnesty, Iran executes more people annually than any nation other than China.

IHR this week warned the Islamic republic had already executed more than 500 people in 2022, a sharp jump on last year.

At least a dozen other people are currently at risk of execution after being sentenced to hang in connection with the protests, human rights groups warned.

By Stuart Williams And David Vujanovic In Nicosia