Japan to lift Covid restrictions on foreign tourists from October 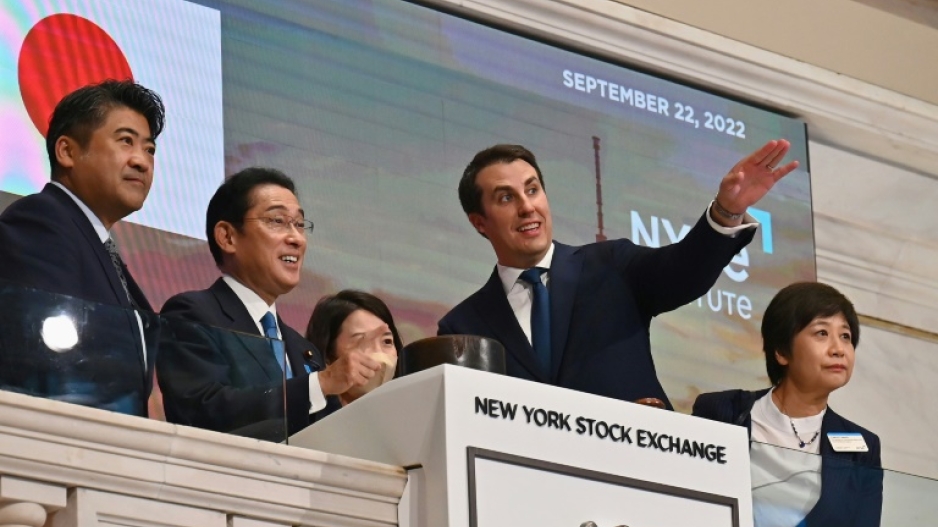 TOKYO - Japan announced Thursday that it will lift tough Covid restrictions on foreign tourists, reopening the borders after two and a half years.

Speaking at the New York Stock Exchange, Prime Minister Fumio Kishida said the pandemic had interrupted the free flow of people, goods and capital that had helped the nation flourish.

"But from October 11, Japan will relax border control measures to be on par with the US, as well as resume visa-free travel and individual travel," said Kishida, who is in the city for the United Nations General Assembly.

Japan, along with China, has been a holdout in continuing tough restrictions on visitors, as much of the world has moved on from the pandemic.

But unlike China, Japan never imposed a strict lockdown during the crisis.

Tourists who come to Japan will enjoy a weak yen, which has plummeted so low against the dollar that the finance ministry intervened in the currency market Thursday for the first time since 1998.

The return of the visa-waiver program suspended in March 2020 will restore the ease of access that saw a record 31.9 million foreign visitors to the country in 2019.

Since June, Japan has allowed tourists to visit in groups accompanied by guides, a requirement that was further relaxed to include self-guided package tours.

Kishida "took office a year ago knowing that perceived mishandling of the pandemic had been a key factor in undermining public confidence" in his predecessor's government, Brady told AFP.

"He has been extremely careful not to repeat those mistakes."

Japan has recorded around 42,600 coronavirus deaths in total -- a vastly lower rate than many other countries -- and 90 percent of residents aged 65 and over have had three vaccine shots.

There is no law requiring people to wear masks, but they are still near-ubiquitous in public places like trains and shops, with many Japanese willing to sport masks when ill even before the pandemic.

On the streets of Tokyo, members of the public hailed the announcement.

"I think it's a good thing to gradually bring foreign tourists back here," said Michio Kano, 76, who runs a bar.

He called for the move to be followed by a loosening of anti-Covid rules.

"You can't soften the rules on one side for foreigners and still say to the Japanese, 'Don't do this or that'," he said.

Katsunori Mukai, 28, said Japan should welcome tourists as long as there are no surges in cases.

"It's true that here we still have the culture of wearing masks and other things but I think that if there is no serious danger of catching a serious disease in general, people can come as many times as they want," he said.

While the return of mass tourism should give a "slight bump" to Japan's economy, the benefits are likely to be limited by China's zero-Covid policy, Brady, the analyst, said.

"Much of the economic benefit pre-pandemic came from high numbers of Chinese visitors coming and spending lots of money on tech products (and) cosmetics," he explained.

But "currently, Chinese citizens face their own travel restrictions at home and won't be traveling to Japan in large numbers."

There is pent-up demand for travel to the country, however, according to Olivier Ponti, vice president of insights for travel analytics firm ForwardKeys.

"Searches for travel to Japan reached their highest point this year at the end of August," and while flight bookings were just 16 percent of 2019 levels in early September, "we'd expect bookings to jump" when the visa rules are scrapped, Ponti said.

Demand from Europe may still be subdued "due to the increase in the cost of living in Europe caused by the Russian-Ukraine crisis plus the rising fuel costs driving up air travel costs," said Liz Ortiguera, CEO of the Pacific Asia Travel Association.