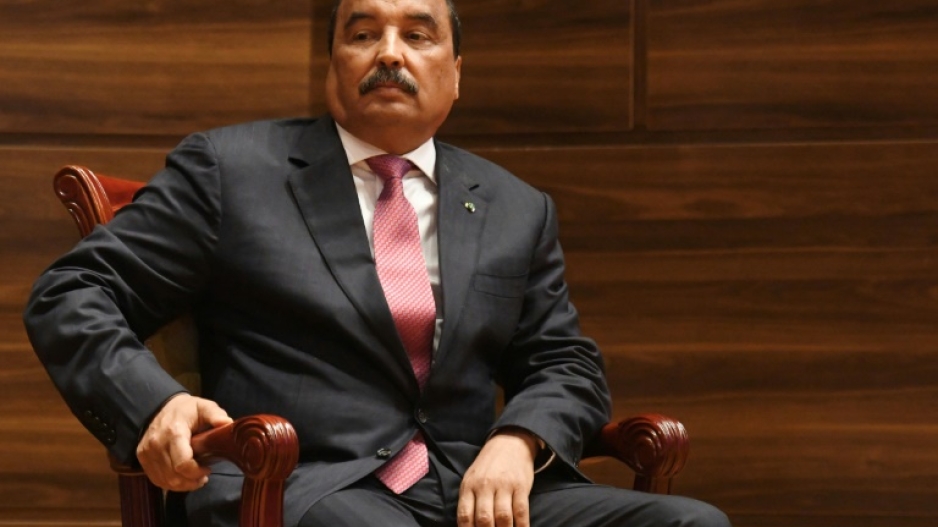 Former president Mohamed Ould Abdel Aziz, pictured in 2019 at the handover of power to his then right-hand man, Mohamed Ould Ghazouani

Aziz, a 66-year-old former general, appeared in a court in Nouakchott among 10 defendants, including former prime ministers, ministers and businessmen, an AFP reporter saw.

They face charges that include abuse of office, influence peddling, money laundering and illicit enrichment.

Proceedings began with a rollcall of the defendants to which Aziz, dressed in a blue grown, rose and raised his hand.

The defendants were placed in a metallic cage-like stand in the courtroom as hundreds of police stood guard outside.

Aziz, a trader's son who came to power in a bloodless coup, stepped down in 2019 after two terms in which he defused a jihadist insurgency that has swept across other countries the Sahel.

He was succeeded by his former right-hand man, Mohamed Ould Ghazouani, in the first transfer of power between elected leaders in the history of a country marked by military coups and upheaval.

But within month of the handover, allegations emerged of financial misdealings.

Aziz is suspected of siphoning money from state contracts or the sale of real estate, amassing a fortune equivalent to more than $72 million.

He has denied the allegations against him but refused to answer investigators' questions about the source of his wealth.

He describes himself as the victim of score-settling and argues he has immunity from prosecution under the constitution.

"He completely rejects the accusations against him," one of his lawyers, Taleb Khayar Ould Med Mouloud, said ahead of the trial.

"Lots of people have grounds for hating him, including the Muslim Brothers, which he threw out of the country."

Lawyers say the trial is likely to last weeks or even months.

As late as December 2019, Ghazouani described his former boss as "my brother, my friend". 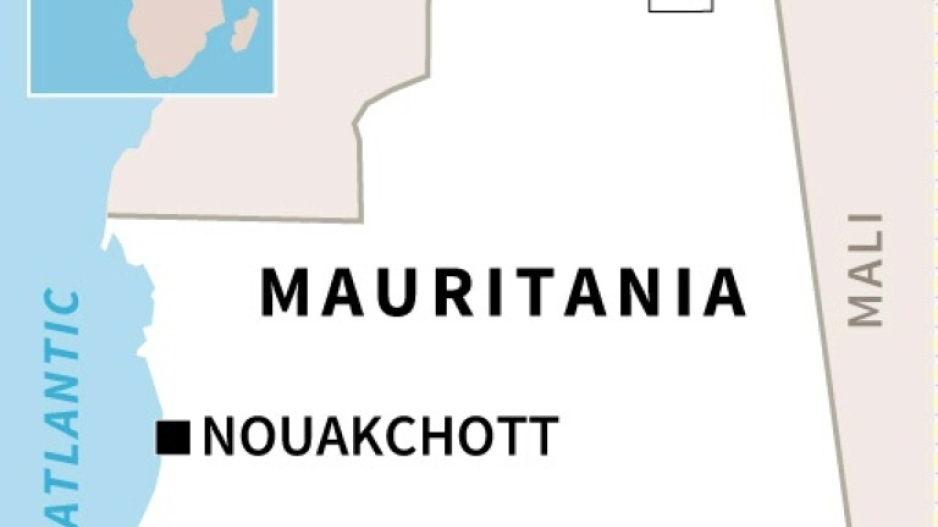 A parliamentary investigation was opened into financial dealings under his presidency, delving into oil revenues, sales of state assets, the winding up of a public company in charge of food supplies and the activities of a Chinese fishing company.

The prosecution is unprecedented in Mauritania, a vast, conservative desert state that gained independence from France in 1960, and is extremely rare in Africa as a whole.

Mauritanians interviewed by AFP said they hoped the trial would set a new benchmark in the fight against graft in their country.

The nation is ranked a lowly 140th out of 180 in the 2021 Corruption Perceptions Index by the organisation Transparency International.