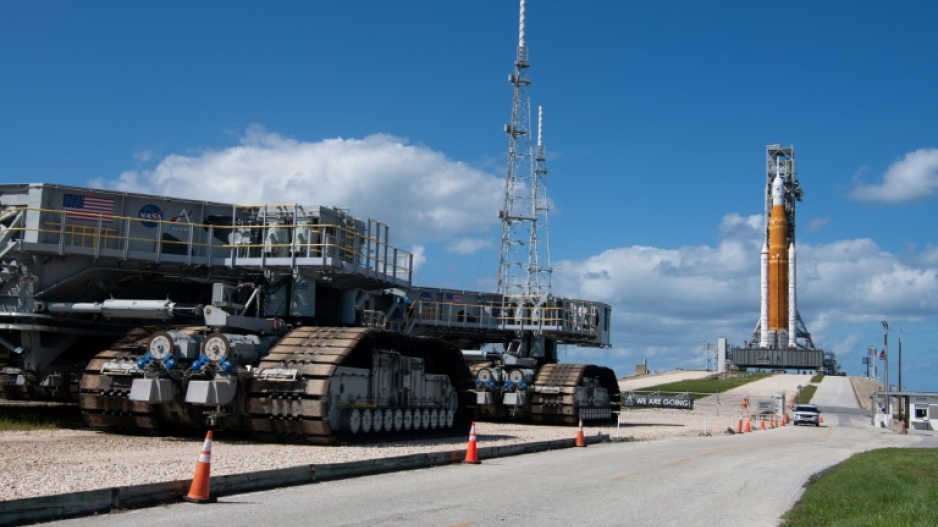 FLORIDA - NASA's Artemis 1 rocket -- waiting to blast off on a delayed mission to the Moon -- will be rolled back into its storage hangar Monday night, the space agency said, as Florida braces for Hurricane Ian.

The move, to protect the rocket from strong winds and heavy rain forecast for the Kennedy Space Center, will cause further setbacks for the uncrewed Moon mission, which was scheduled to launch last month and has already been pushed back three times.

"After reviewing the forecast for Ian, we will roll our Artemis I vehicle back to the Vehicle Assembly Building tonight," NASA official Jim Free tweeted. "It was the right and necessary decision to keep our people and hardware safe."

The decision was "based on the latest weather predictions associated with Hurricane Ian, after additional data gathered overnight did not show improving expected conditions," the space agency said in a blog.

It will be ferried along on a rolling platform moving slowly to avoid damaging the rocket with vibrations.

Hurricane Ian, which was situated as a Category 1 hurricane southwest of Cuba on Monday, is expected to strengthen as it heads toward Florida through the Gulf of Mexico.

NASA had waited until the last minute to decide whether to shelter Artemis I in the hope of being able to schedule a take-off attempt just after the storm passed.

There will now be no opportunity for blast-off within the current launch window, which runs until October 4, and NASA has not indicated when another launch might be attempted.

The storage decision represents only the latest setback for Artemis 1, after previous launch attempts were canceled due to the hurricane and a fuel leak.

This latest Moon mission comes 50 years after the final flight of the Apollo program, with Artemis 1 set to show whether the Orion capsule, situated on top of the rocket, is safe to transport humans back to the Moon's surface.