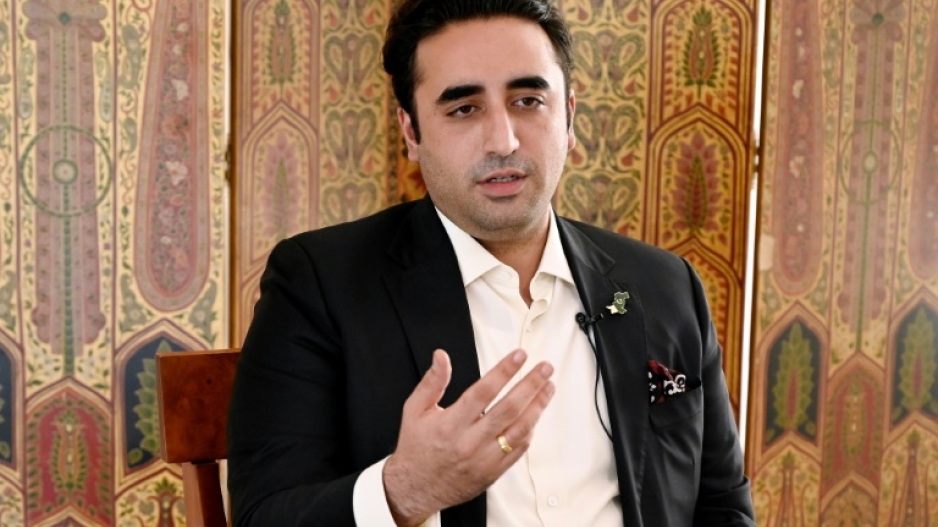 Pakistan's Foreign Minister Bilawal Bhutto Zardari speaks during an interview at the Embassy of Pakistan in Washington on September 27, 2022

In an interview with AFP on a visit to Washington, Bilawal Bhutto Zardari cautioned against creating "parallel governance" after the United States, distrustful of the Taliban, put Afghanistan's frozen assets in a professional fund in Switzerland.

"We've learned from the past that when we wash our hands and turn our backs, we end up creating unintended consequences and more problems for ourselves," Bhutto Zardari said Tuesday.

"I believe that our concerns of an economic collapse, of an exodus of refugees, of a threat of new recruits for organizations such as ISIS-K and others, outweigh concerns that there may be about their financial institutions."

The Taliban returned to power last year after the United States ended a two-decade war. Relations had soured with Pakistan, whose powerful military and intelligence apparatus was accused in Washington of quietly nurturing the Islamist militants despite providing logistical access to US forces.

In contrast to some previous Pakistani officials, the foreign minister -- whose mother, former prime minister Benazir Bhutto, was assassinated in 2007 -- offered no warm words for the Taliban.

But he said the militants needed "political space" on concerns such as women's rights, which have been sharply curtailed.

"In fact, they tend to hold on to cultural issues and other issues to engage their population."

The United States came away unpersuaded from a series of talks with the Taliban and in August said the militants had violated promises by welcoming Al-Qaeda leader Ayman al-Zawahiri, who was found at a house in Kabul and killed in a US strike. 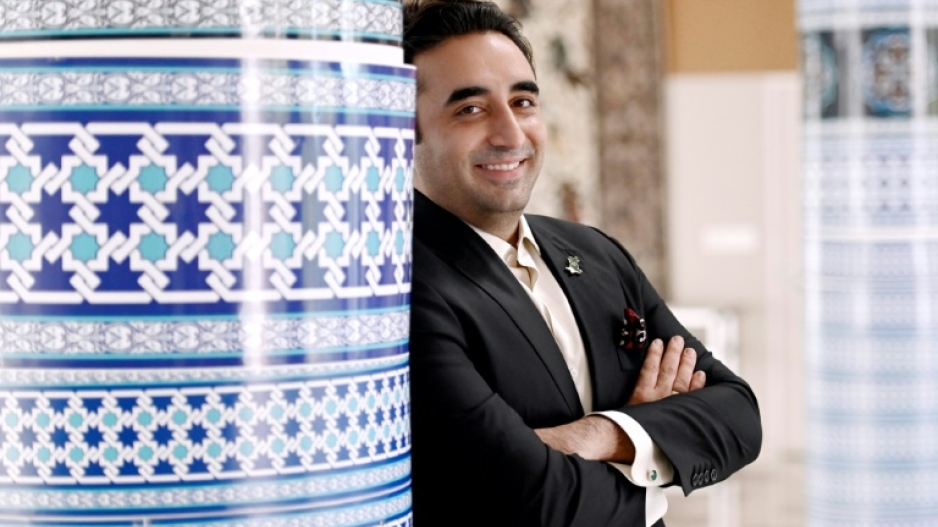 Pakistan's Foreign Minister Bilawal Bhutto Zardari poses for a photo at the Embassy of Pakistan in Washington on September 27, 2022

The strife comes as Pakistan is ravaged by floods that have submerged one-third of the country, displacing millions.

At a meeting Monday, US Secretary of State Antony Blinken promised long-term support. In a message less welcome by Pakistan, the top US diplomat also called on Islamabad to ask China to restructure debt accumulated as Beijing builds billions of dollars of infrastructure in a quest for Indian Ocean port access.

Asked about Blinken's remarks, Bhutto Zardari said he has had "very productive conversations" with China and said he hoped that assistance after the historic floods "does not fall prey to great power rivalries and geostrategic issues."

With Beijing seen by many Pakistanis as an uncritical ally, successive governments in Islamabad have rebuffed US calls to weigh in on the mass incarceration of Uyghurs and other mostly Muslim people, a campaign Washington calls genocide.

"I'm sure that the United States would like for us to comment more on China's internal affairs," Bhutto Zardari said.

"But maybe if we start by addressing disputes that are recognized by bodies such as the United Nations as disputes of an international nature, that would be more productive."

He was referring to Kashmir, the Himalayan territory divided between India and Pakistan and the trigger for two of their three full-fledged wars.

Indian Prime Minister Narendra Modi, a Hindu nationalist, in 2019 stripped Muslim-majority Jammu and Kashmir of its historic autonomy and opened the way for other Indian citizens to live there.

Bhutto Zardari recalled that when his Pakistan People's Party was in power in 2010, it moved to open  trade with India, then led by prime minister Manmohan Singh.

"We were willing to take the political risk, stick our necks on the line, and touch the third rail of Pakistani politics -- but because we knew that there was a rational, reasonable player on the other end who would perhaps be willing to reciprocate," Bhutto Zardari said.

"Unfortunately, that space does not exist today. It's a very different India."