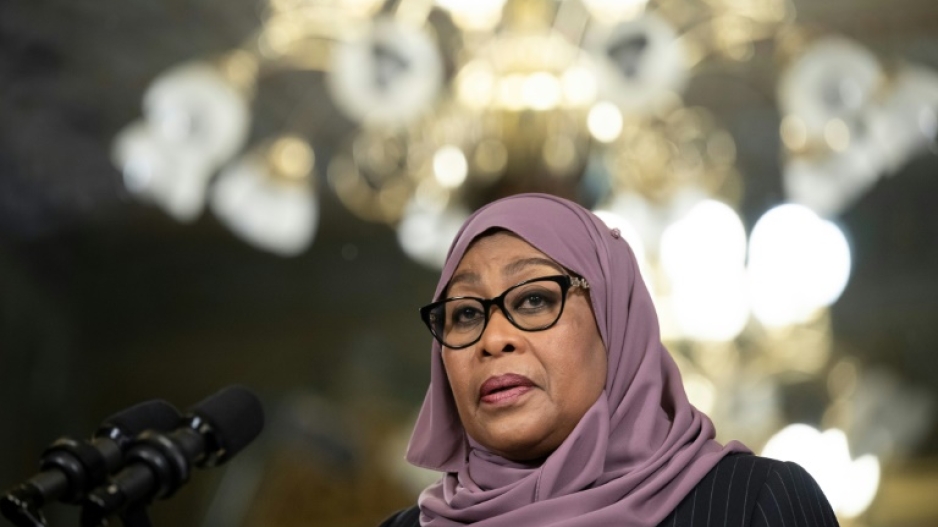 Hassan has battled division within the ruling party since taking office

Hassan, who has battled division within the ruling party since taking office, sounded the warning while swearing in three ministers after a surprise shake-up to her cabinet late Sunday.

"Once we agree on something, you are part of it. You can't go out and claim that the decision was just a directive, not your will," said Hassan, who became president after the death of John Magufuli in March 2021.

"You need to know the scope of your powers so that when you want to go beyond, you seek permission from higher authorities."

Hassan gave no explanation for the firing of foreign minister Liberata Mulamula, who was handpicked by the president last year and was respected as a principled, though politically inexperienced technocrat.

Innocent Bashungwa was appointed defence minister to replace Stergomena Tax, who is taking over foreign affairs.

Angellah Kairuki, who has not sat in cabinet since 2020, was elevated to oversee local government in Bashungwa's place.

Analysts said the moves pointed to a breach of trust in the upper echelons of government, where Hassan has been struggling to rein in rivals.

It was the third cabinet reshuffle this year, with Hassan previously firing several senior members of her administration as fissures within the Chama Cha Mapinduzi (CCM) party broke into the open.

The speaker of parliament resigned in January after criticising Hassan for "excessive" foreign borrowing.

Hassan, who became Tanzania's first female president when she took over from Magufuli, has accused rivals inside the government of trying to damage her leadership as the ruling party prepares for elections due in 2025.

Observers hoped that Hassan would turn the page on the autocratic rule of Magufuli, nicknamed the "Bulldozer" for his uncompromising style and crackdown on dissent.

She has since sought to break with some of Magufuli's policies but has previously been branded a "dictator" by the opposition, and fears remain about the state of political and media freedoms.

Last year, a newspaper owned by the ruling party was suspended for publishing a story saying Hassan would not run for office in 2025.