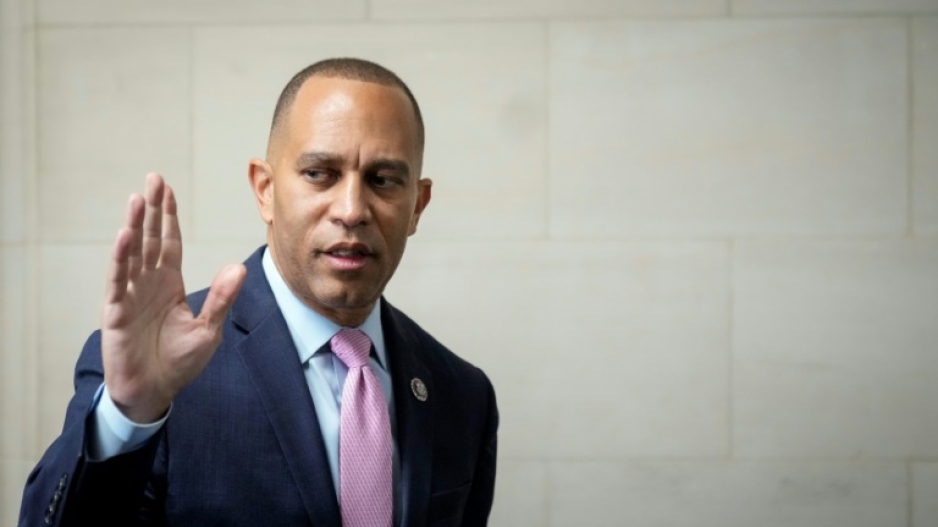 WASHINGTON - Democratic lawmakers on Wednesday chose Hakeem Jeffries to succeed Nancy Pelosi as their leader in the House of Representatives, making him the first Black person ever to lead a US congressional caucus.

The 52-year-old, who has been in Democratic leadership since 2019, ran unopposed in the closed-door vote.

Pelosi announced earlier in November she would step down from her post as leader in January, when her term as speaker of the House ends and Republicans take control of the chamber after their midterm election wins.

"The hour has come for a new generation to lead the Democratic caucus," she said in a speech on the House floor at the time.

The 82-year-old, who was first elected as congressional party leader in 2003 and became the first woman House speaker in 2007, will stay on as representative for her northern California district.

Jeffries will become leader with his party in the minority after Democrats lost control of the lower chamber in the November 8 midterm elections, giving up their two-year total control of government.

Even with a smaller majority than they had hoped for, Republicans will be able to use their new-found power to block President Joe Biden's legislative agenda.

They have said they plan to initiate several investigations, including of Biden's handling of the Covid pandemic and the United States' withdrawal from Afghanistan.

Democrats, however, will keep control of the Senate, with a divided government meaning neither side will have a clear path to push through their legislative priorities.