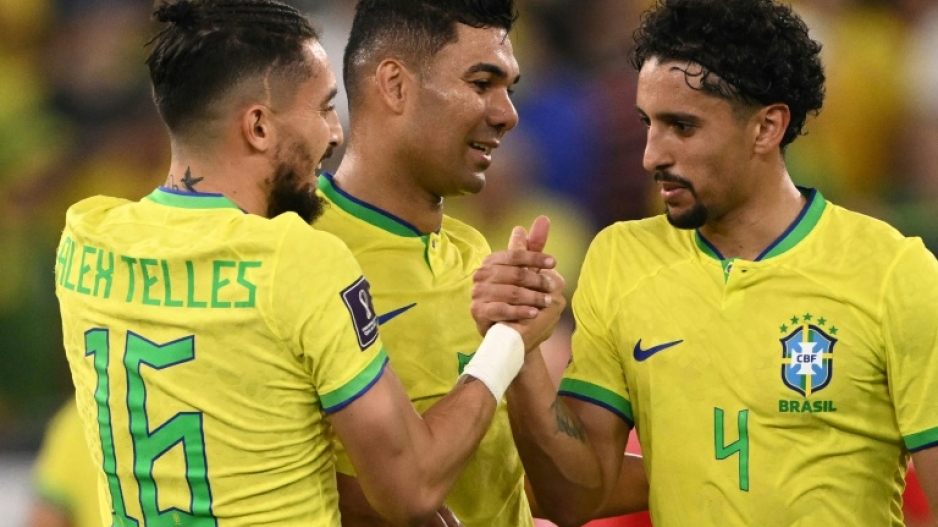 DOHA - Brazil might be fretting about the state of Neymar's ankle, but if a successful World Cup campaign is built on a solid defence then the foundations are there for Tite's side to win the title in Qatar.

Two games into Brazil's bid to win a record sixth World Cup, the Selecao have not conceded a goal and have not even given away a shot on target in victories over Serbia and Switzerland that saw them clinch qualification for the last 16 with a group game to spare.

It is early days, and Brazil always tend to start strongly at the tournament –- they are now unbeaten in a record 17 matches in the World Cup group stage -– but the signs for Tite are good and there is no need to be overly reliant on Neymar.

A team with Liverpool's Alisson Becker in goal, Thiago Silva and Marquinhos in central defence, and Casemiro anchoring the midfield looks capable of withstanding whatever the other main contenders throw at them, even if that is likely to be a lot more than what the Swiss offered on Monday.

Tite admitted that Brazil missed Neymar in that game, with the Paris Saint-Germain superstar still recovering from a sprained ankle suffered in the opening 2-0 win over Serbia.

Yet their defensive displays so far have been in keeping with their formidable record during an unbeaten South American qualifying campaign in which they kept 13 clean sheets and let in only five goals in 17 matches.

That is one reason why Manchester United midfielder Casemiro, who scored the late winner against Switzerland, believes Brazil are a stronger side than four years ago.

They never really fired at the 2018 World Cup in Russia and went out in the quarter-finals to Belgium.

"Four years have gone by, there are new players and we have a wider range of options," he said after Monday's match.

"The defenders are more experienced. That is another match with a clean sheet, and it's not just about Alisson or the back four -- it starts from Richarlison up front." 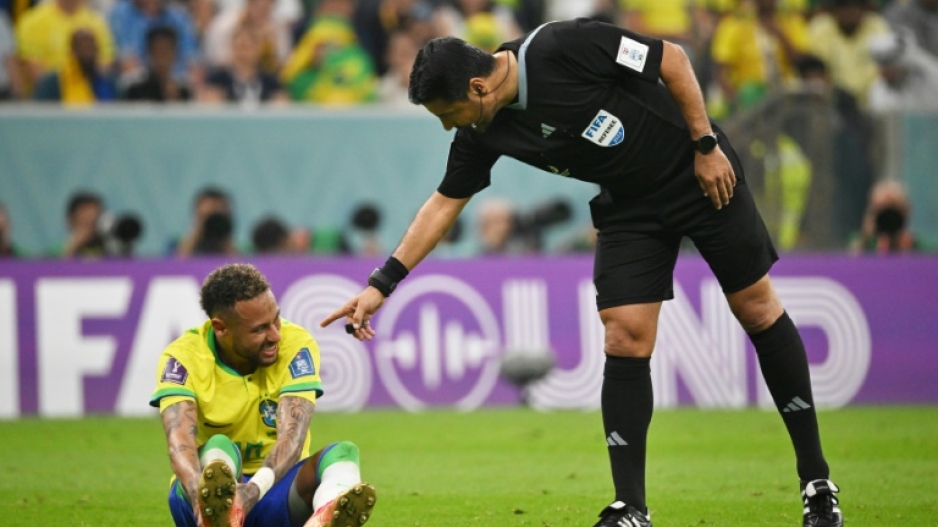 Neymar came off in Brazil's win over Serbia with an ankle sprain. AFP/Nelson Almeida

Having a strong defence is key -- the six goals France let in four years ago was the most conceded by a World Cup winner since Italy in 1982.

Spain let in just two goals in seven games during their victorious campaign in 2010, just like Italy in 2006 and France in 1998.

Casemiro is so central to maintaining balance in a Brazil team overloaded with outstanding attackers –- even without Neymar –- that Liverpool star Fabinho is not a regular in Tite's line-up.

Neymar himself took to Twitter after the Switzerland game to hail Casemiro as having been "the best midfielder in the world for a long time".

"I don't usually comment on other peoples' opinions," said Tite. "But this time I will allow myself to say that I agree with Neymar."

Behind him the pairing of Thiago Silva, still going strong at 38, and Marquinhos may be even more important.

The duo were teammates at PSG for seven years before Silva left for Chelsea in 2020, but Marquinhos was hardly used at the 2018 World Cup when Joao Miranda was preferred to him.

Tite has since realised the importance of Marquinhos, who was a standout as Brazil won the Copa America in 2019 and reached the final of that competition again last year.

And Marquinhos himself has a perfect understanding with Silva.

"It's great for me to have someone alongside me who I know well," Marquinhos said of the Brazilian captain.

"He is a great player, a great person, a great friend and a brother from whom I have learned so much."