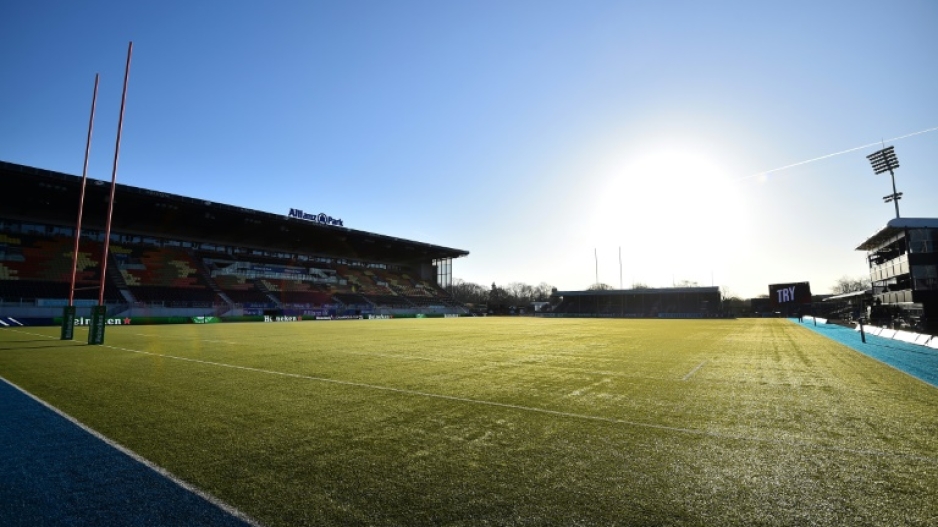 On Wednesday, double European champions Wasps announced their intention to appoint administrators after failing to meet a May deadline to repay £35 million ($39.5 million, 40 million euros) in bonds, which helped finance their relocation to Coventry from London in 2014.

Wasps, who were last crowned Premiership champions in 2008, are not alone in facing financial collapse.

Worcester are burdened by debts of over £25 million.

England's governing Rugby Football Union has confirmed that the Warriors have met the conditions necessary to stage their league game against Newcastle on Saturday.

Worcester still face a Monday deadline from the RFU to avoid suspension from all competitions by providing evidence of required insurance cover, the funds to meet payroll and a plan to end their financial crisis.

Both clubs are also the subject of winding-up orders from British tax authorities.

There are fears the two teams could be the tip of an iceberg, with the collective debts of all 13 Premiership clubs estimated at more than £500 million.

For most of its history, rugby union was an amateur sport

It became an 'open' game in 1995, effectively turning professional.

National governing bodies in other established nations, albeit with smaller populations, opted to centrally contract players and create, or reinforce, a small number of provincial or regional teams.

The RFU, like the French, stuck with clubs and wealthy backers moved in.

Some, such as boxing promoter Frank Warren at Bedford, briefly in the top flight, came and went within a matter of seasons. Few, if any, managed a return on their investment.

While the club versus country rows that blighted English rugby during the early years of professionalism are no longer as bitter as they were, top teams must still do without their leading players for large chunks of the season.

That is despite a cash injection into English rugby from private equity firm CVC and low-interest loans from the British government to help clubs cope with the coronavirus pandemic.

Lansdown, 72, said Premiership Rugby, which oversees the top flight, had to do more to attract new fans and make the sport more financially viable.

"For people to invest into it, it's a passion," he told BBC Radio. "You have to go in with your eyes open that it's going to be bit of a black hole for a time and that's the difficulty."

He added: "The reality is what PRL (Premiership Rugby) need to do is to focus on commercial revenue or generating new revenue and improving the offering that we get to attract investors into the sport."

Lansdown added matchday revenue had "dropped off cliff" while spectators were barred from grounds during the Covid-19 pandemic.

CVC's investment of £200 million in 2018 for a 27 percent share of the Premiership was hailed at the time as the capital needed to broaden the appeal of the competition.

But Lansdown described CVC's impact to date as "a little bit disappointing."