England's Livingstone out of Pakistan tour with knee injury 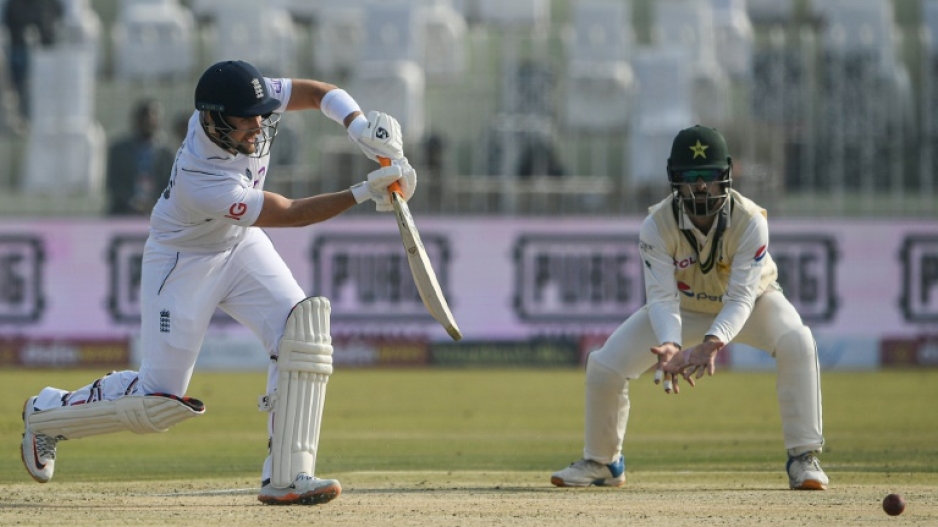 RAWALPINDI - All-rounder Liam Livingstone has been ruled out of the rest of England's tour of Pakistan with a knee injury, the team's management said Monday.

The 29-year-old made his Test debut Thursday in the ongoing first Test in Rawalpindi, scoring nine and seven not out in England's two innings.

But he jarred his knee while fielding on day two and did not bowl in Pakistan's first innings.

Livingstone also missed the Twenty20 series against Pakistan a few months ago after suffering an ankle injury.

England have yet to decide if a replacement will be called up.

Pakistan were chasing 343 Monday on the fifth and final day of the first Test.

England are on their first Test tour of Pakistan since 2005, having declined to visit in the interim years on security grounds.