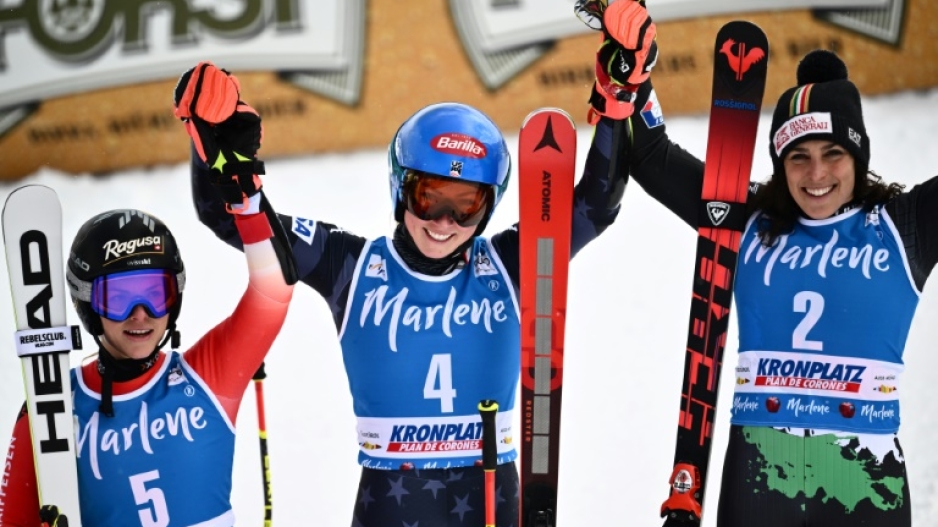 ITALY - Mikaela Shiffrin became the woman with the most alpine skiing World Cup wins after claiming Tuesday's giant slalom in Kronplatz to take her tally of victories to 83.

American star Shiffrin broke the record she shared with compatriot Lindsey Vonn after clocking a combined time of two minutes, 0.61 seconds over two runs in the Italian Dolomites.

She made skiing history after beating giant slalom world champion Lara Gut-Behrami by 0.45sec, with home hope Federica Brignone completing the podium 1.43sec off the pace.

After moving ahead of Vonn with her 18th giant slalom World Cup win it is now only a matter time of before the 27-year-old breaks the overall record of 86 held by Ingemar Stenmark.

Swedish legend Stenmark dominated the men's slalom and giant slalom disciplines for a decade from 1975 before retiring in 1989, but barring physical problems he will surely be outdone by Shiffrin.

She will have a chance to draw one closer to Stenmark at Kronplatz on Wednesday with another giant slalom race.

There are also two races this weekend at Spindleruv Mlyn in the slalom discipline from which 51 of her World Cup wins have come before the World Championships in Courchevel and Meribel next month.

Shiffrin's historic triumph also allowed her to move top of the giant slalom standings, 49 points ahead of Italian Marta Bassino who finished 10th.

She extended her lead her on closest rival Petra Vlhova at the top of the overall standings to 556, as a fifth crystal globe looks increasing likely.