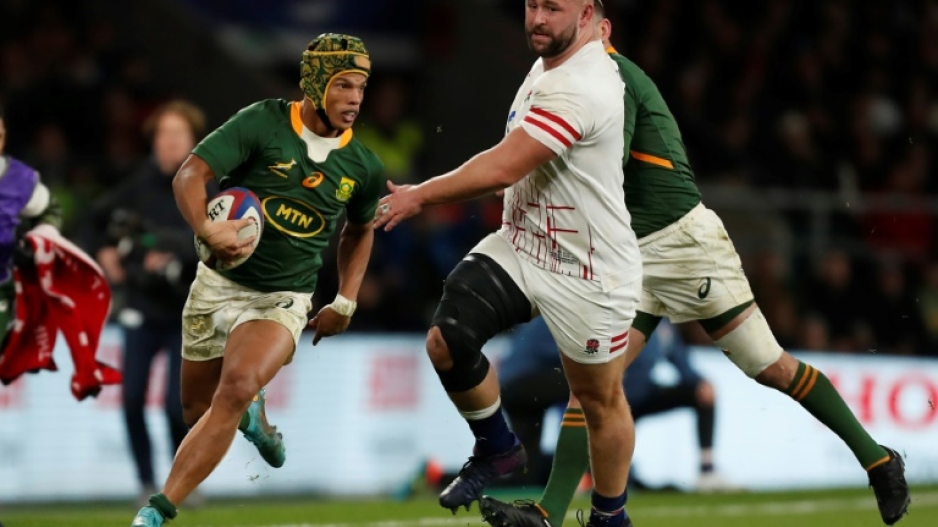 World champions South Africa ended 2022 with a 27-13 win over England in their concluding Autumn Nations Series international at Twickenham on Saturday.

South Africa, who overwhelmed England 32-12 in the 2019 World Cup final in Japan before losing by a point at Twickenham last year, held out despite playing the final 20 minutes down to 14 men after Thomas du Toit was sent off for a high tackle on Luke Cowan-Dickie.

England, who had come from 19 points down late on to snatch a stunning 25-25 with New Zealand last week, then cut South Africa's lead to 14 points nine minutes from time when replacement back Henry Slade went over for a converted try.

But the Springboks, unlike the All Blacks, held firm for their second victory in four Autumn matches as they ended the calendar year with nine wins from 14 Tests ahead of their 2023 World Cup defence in France.

By contrast, the result meant England had won just one of their November matches as they suffered a sixth defeat in 12 internationals this year.

South Africa's victory was all more impressive as they were missing several players for a Test taking place outside World Rugby's international window, with coach Jacques Nienaber making four personnel changes to the side that thrashed Italy 63-21 last week.

England coach Eddie Jones brought back Mako Vunipola and hooker Jamie George to the front row as centre Manu Tuilagi won the 50th cap of an injury-plagued Test career that started back in 2011.

Jones' men had won just one of their previous November matches, overwhelming Japan following a shock opening loss to Argentina.

The Springboks had suffered defeats by Ireland and France during the Autumn campaign -- with director of rugby Rassie Erasmus receiving a two-game matchday ban following his social media posts regarding refereeing decisions following those losses. 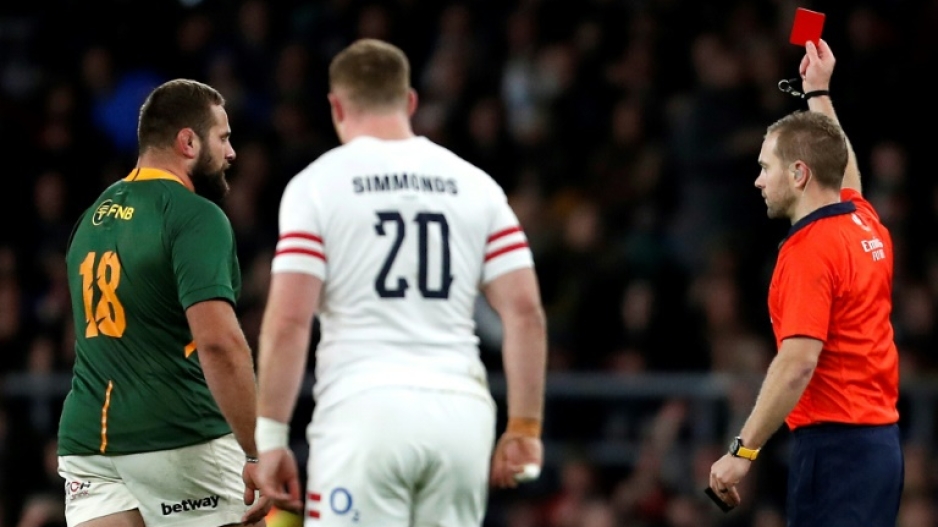 Farrell's miss, from a central position, was all the more surprising as he had been successful with all 15 of his previous goal-kicks during this month's campaign.

Both men then found their range before Farrell missed again to the dismay of a capacity crowd as the Springboks started to establish territorial dominance.

Their pressure was rewarded when Willemse landed a 30-metre drop-goal just after the half-hour mark and barely 60 seconds later the Springboks had a try.

England fly-half Marcus Smith's clearing kick was safely gathered in his own 22 by Willemse, who evaded onrushing home full-back Freddie Steward and George with a clever step before finding full-back Willie le Roux on his inside.

Le Roux then released Arendse, sprinting up on his outside, the wing standing up Smith and then speeding past him for a seventh try in seven Tests.

De Klerk missed the conversion but South Africa were 14-3 ahead at the interval when the scrum-half landed a penalty.

Willemse then caught England cold with a second drop-goal a minute into the second half, again from 30 metres.

Farrell was on target with a penalty only for a fresh England ruck infringement to see Tom Curry sin-binned minutes later.

South Africa won possession from the close-range line-out and lock Etzebeth was then driven over for a try between the posts in the 49th minute that De Klerk converted to put the Springboks 24-6 ahead.

England then gave away their tenth penalty of the match and, from just inside the half-way line, the diminutive de Klerk made no mistake with an excellent kick.

Du Toit then saw red and Slade, after a break by replacement wing Jack Nowell, scored a well-worked try that converted by Farrell.