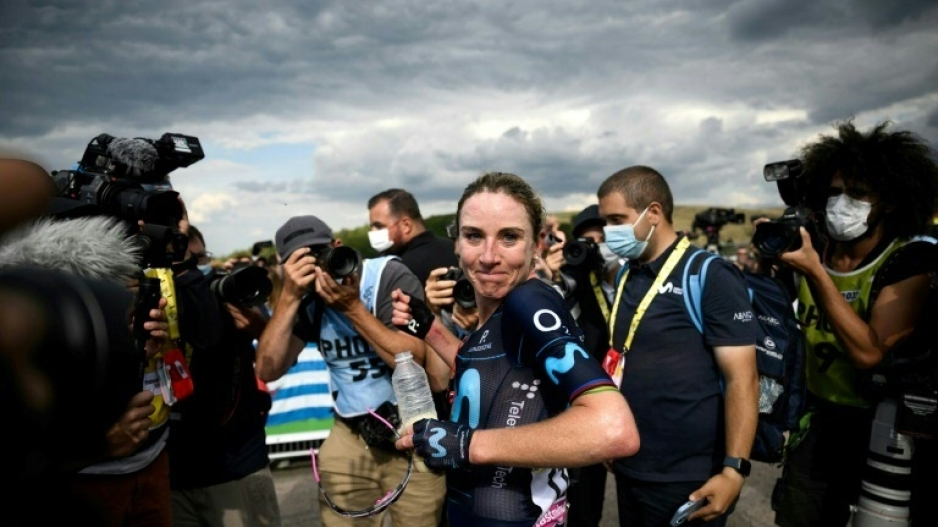 Annemiek van Vleuten will line up at Wollongong

WOLLONGONG - Olympic champion and winner of all three major tours in women's cycling this season Annemiek van Vleuten will line up at the start of the world championships on Saturday despite a fractured elbow.

Van Vleuten was injured in the mixed relay on Wednesday crashing heavily just seconds after rolling down the ramp.

Doctors said that the Dutch cyclist could ride at the weekend, but the 39-year-old herself said that would have to depend on the level of discomfort she felt.

The Movistar rider won the world road race at Harrogate in 2019 making a long range solo bid from so far out her competitors simply allowed her to ride away.

The Olympic time-trial champion won the Tour de France, Giro and Vuelta to sweep the women's major tours in 2022, as well as winning the Liege-Bastogne-Liege race.