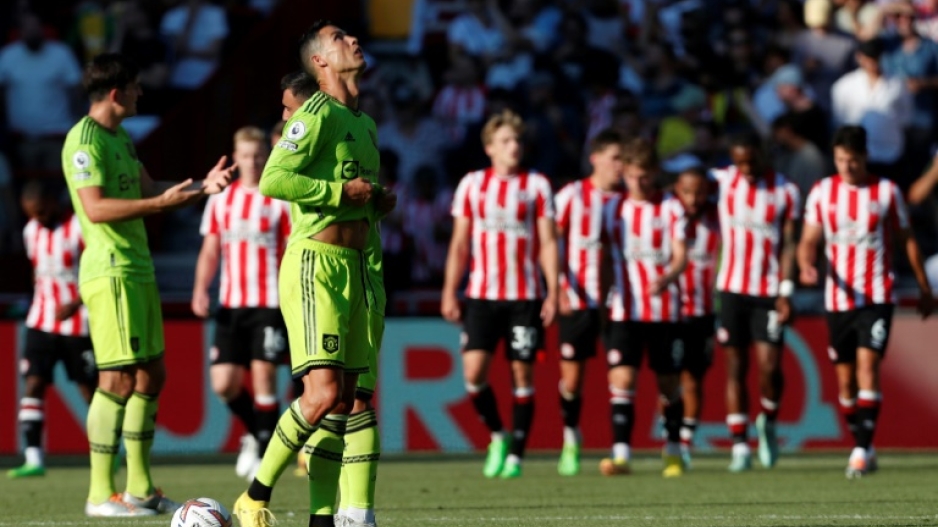 New depths: Manchester United are bottom of the Premier League for the first time in 30 years

LONDON - Manchester United sit bottom of the Premier League for the first time in 30 years after the second weekend of the season saw tempers flare and temperatures soar.

United could not stand the heat as they conceded four times inside 35 minutes in a 4-0 humiliation at Brentford.

The other side of Manchester is again sitting pretty at the top of the table as City cruised to a 4-0 win over Bournemouth.

The points were shared in the game of the weekend as Chelsea and Tottenham drew 2-2 in a feisty clash that will be remembered for two altercations between managers Thomas Tuchel and Antonio Conte.

Tuchel wins battle but not war with Conte

Tuchel won the tactical battle on Conte's return to Stamford Bridge, but his team failed to land the knockout blow as Chelsea let two points escape in the first clash of the season between the traditional top six.

Spurs headed into the campaign with greater optimism on the back of a strong end to last season and six new signings to back Conte in his first full season.

After a gruelling pre-season tour of the USA and a slow start in the transfer market, Chelsea were by Tuchel's own admission were "not ready" for the new campaign.

But with new chairman Todd Boehly in the stands for the start of a new era at Stamford Bridge, it was the Blues who made an early case to be the most likely challengers to City and Liverpool for the title.

Tuchel's surprise selection of Ruben Loftus-Cheek ahead of captain Cesar Azpilicueta gave Chelsea the ability to switch easily between a back five and four as they swarmed over their London rivals.

"It was a good plan, but the execution was brilliant," said Tuchel. "I loved the commitment, intensity and concentration level."

Tuchel ultimately blamed two controversial calls to allow both Spurs goals to stand for not winning the game.

Tottenham, though, showed as much fight as their manager on the touchline to bounce back twice and snatch a point through Harry Kane's 96th minute header.

A new dawn for Manchester United has only brought new lows.

One week on from Brighton's first ever victory at Old Trafford, the Red Devils were blown away at Brentford as Erik ten Hag became the first United manager since John Chapman in 1921 to lose his opening two games in charge.

The Dutchman is just the latest manager in the firing line as the public face of a failing institution.

More protests against the Glazer family's ownership of the club are planned ahead of United's next game at home to Liverpool on August 22.

Ten Hag's predecessor Ralf Rangnick signed off from his miserable caretaker spell last season by stating the United squad needed "open heart surgery" and up to 10 new players after labouring to a sixth-placed finish.

Two games into the new season, only three new faces have arrived in the form of Lisandro Martinez, Tyrell Malacia and Christian Eriksen.

More business is expected in the final three weeks of the window, but United again find themselves wasting their huge commercial resources on panic buying players not wanted by the Premier League elite. 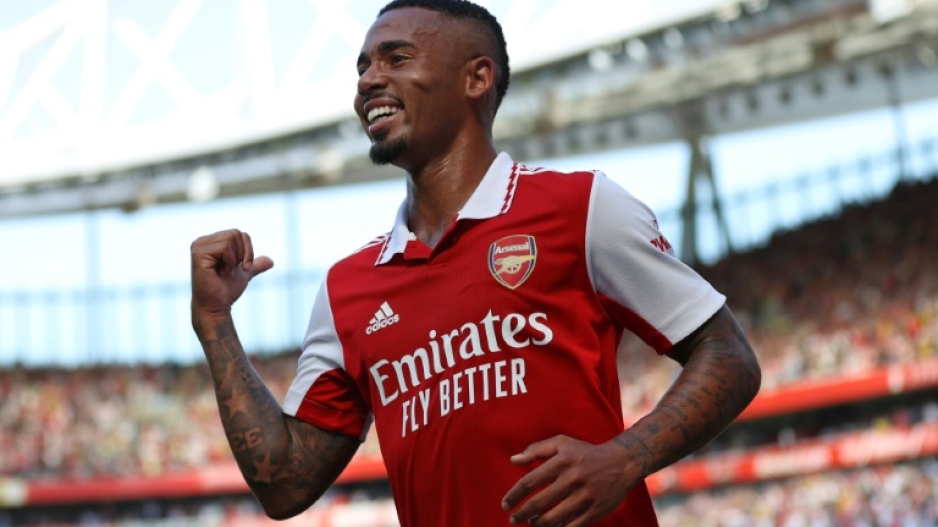 Gabriel Jesus scored twice on his home debut for Arsenal

A behind-the-scenes documentary on Arsenal last season has lifted the lid on the details behind Pierre-Emerick Aubameyang's acrimonious departure from the Emirates last season that left the Gunners without a natural goalscorer for the second half of the season.

Mikel Arteta's decision to freeze out the club captain for breaches of discipline was questioned as Arsenal faltered in the final months of the season to just miss out on the Champions League.

On his home debut, Gabriel Jesus showed what Arteta's men were missing as the Brazilian scored twice, set up two more goals and missed a number of other chances for his hat-trick in a 4-2 win over Leicester.

"He is feeling disappointed in that dressing room because he said he could have scored four," said Arteta.

"That's the standard, that's the mentality you want. To go to a different level, you need that mentality."

Arsenal already look a class above where they were last season when they got off to their worst start in 67 years.

This time they sit level with City at the top of the table after two games.