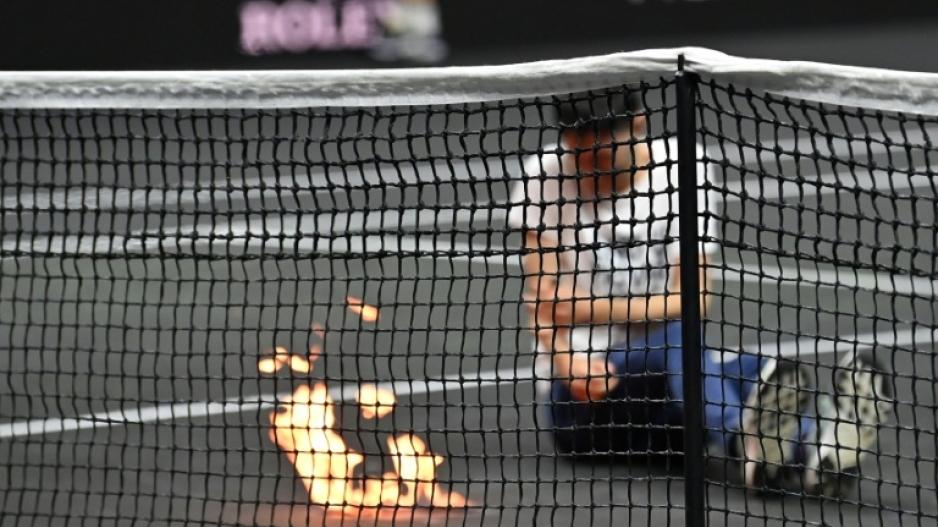 LONDON - Stefanos Tsitsipas shrugged off a dramatic on-court protest by a demonstrator who set his arm ablaze to give Team Europe a 2-0 lead against Team World at the Laver Cup on Friday.

In the evening session, Roger Federer will team up with Rafael Nadal in the doubles for the final match of his glittering career.

The long-time rivals, with 42 Grand Slam titles between them, will face American pair Sock and Frances Tiafoe after Andy Murray kicks off the evening session with a singles match against Australia's Alex de Minaur.

Tsitsipas clinched the first set 6-2 before, during the changeover, a spectator ran on to the court and set his arm on fire. 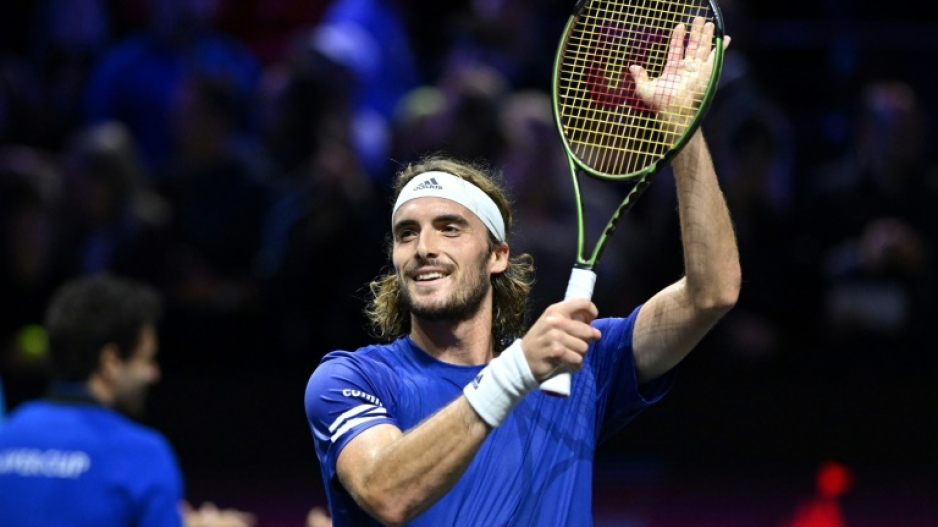 The protestor, who was wearing a T-shirt that read "End UK Private Jets", was quickly dragged off the court after water had been poured on his burning arm.

After a brief delay the match resumed, with Tsitsipas looking untroubled.

World number two Ruud initially proved too strong for the American, but Sock got back on level terms and forced a 10-point tie-breaker.

Ruud recovered from trailing 3-0 to triumph, much to the delight of the packed crowd and his watching team-mates, with a fine forehand winner clinching the first point of the Ryder Cup-style team competition.

Italy's Matteo Berrettini will take Federer's place over the weekend as an alternate.