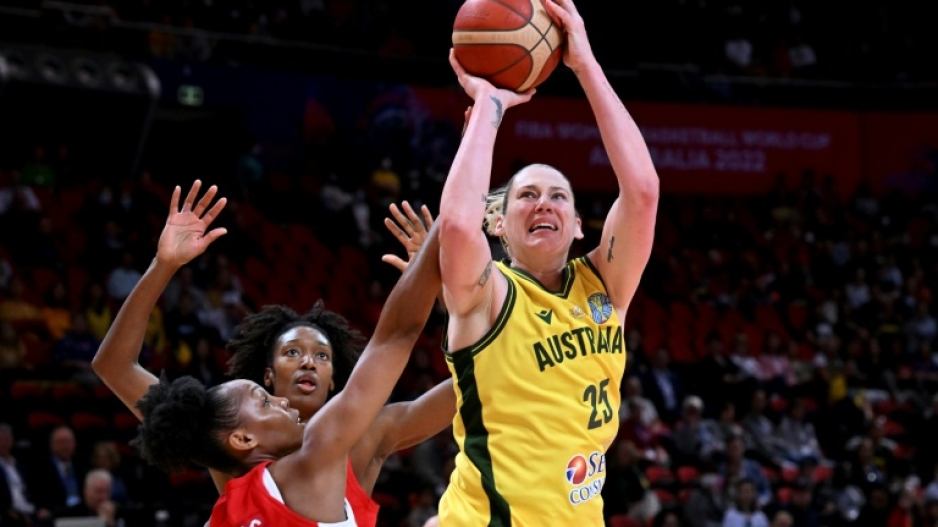 SYDNEY - Lauren Jackson produced a vintage performance to go out on a high, 25 years after making her debut, as Australia swept past Canada 95-65 to claim the women's basketball World Cup bronze medal on Saturday.

The 2006 champions, who narrowly lost to China in the semi-finals, took a 51-43 lead into half-time on the back 11 points from Steph Talbot in Sydney.

They stretched out a 17-point advantage heading into the final quarter, with Jackson pivotal, and there was no way back for Canada, who were denied their first medal since capturing bronze in 1986.

Jackson turned back the clock with a huge all-round effort, ending with a game-high 30 points, seven rebounds and one assist.

It drew the curtain on her international career after she sensationally came out of retirement this year aged 41, having called it quits in 2016 with a persistent knee injury.

The four-time Olympic medallist, seven-time WNBA all-star and a key member of the 2006 winning team became the face of the tournament and performed a significant role for Australia, featuring in every game.

She ended her fifth World Cup, and first in 12 years, tied as the all-time leader in games played on 43 with Brazil's Janeth Dos Santos Arcain.

Now a mother of two, the long-time Seattle Storm star became only the third player in women's World Cup history to net 600 competition points behind Brazilian pair Hortencia Marcari and Arcain, ending with 670.

Uncertainty around her injury situation meant Jackson, who first played for Australia aged 16, was not given an international swansong on her retirement in 2016 and she was keen to bow out on her own terms in Sydney.

"It just dawned on me that this will be (my) last game ever in the green and gold and how lucky I am to have had this opportunity to represent Australia and also say goodbye, I didn't get that chance all those years ago," Jackson said pre-match.

"I'm so proud of our Opals girls and regardless of the result this has been the most incredible journey of my basketball life."