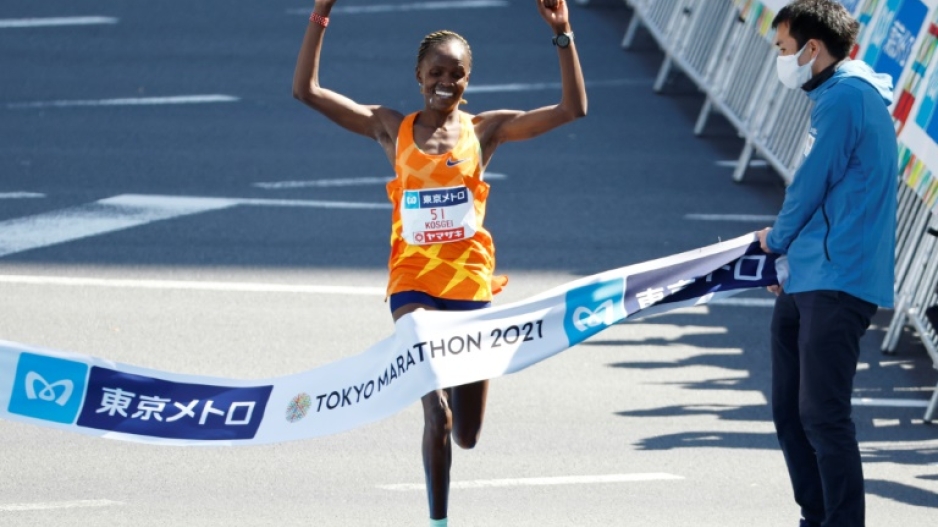 LONDON - World record-holder and two-time winner Brigid Kosgei has pulled out of Sunday's London Marathon with a hamstring injury.

The Kenyan triumphed in the British capital in 2020 and 2021 before finishing fourth last year.

"I have been struggling over the past month with an issue in the hamstring of my right leg," Kosgei, 28, said in a statement on Monday.

"My training has been up and down and not the way I would like to prepare to be in top condition for the 2022 London Marathon.

"We've decided it's best I withdraw from this year's race and get further treatment on my injuries in order to enter 2023 stronger than ever."

The women's race will be headlined by fellow Kenyans Joyciline Jepkosgei, the defending champion, and Judith Korir, who won the Paris marathon in April and picked up silver at this year's world championships.

Ethiopian reigning champion Sisay Lemma and his compatriot Kenenisa Bekele, the second-fastest marathon runner of all time,  are among the favourites for the men's race as Britain's Mo Farah makes his return to the event for the first time since 2019.

Kenya's Eliud Kipchoge is not running after shaving 30 seconds off his world record at the Berlin marathon on Sunday.