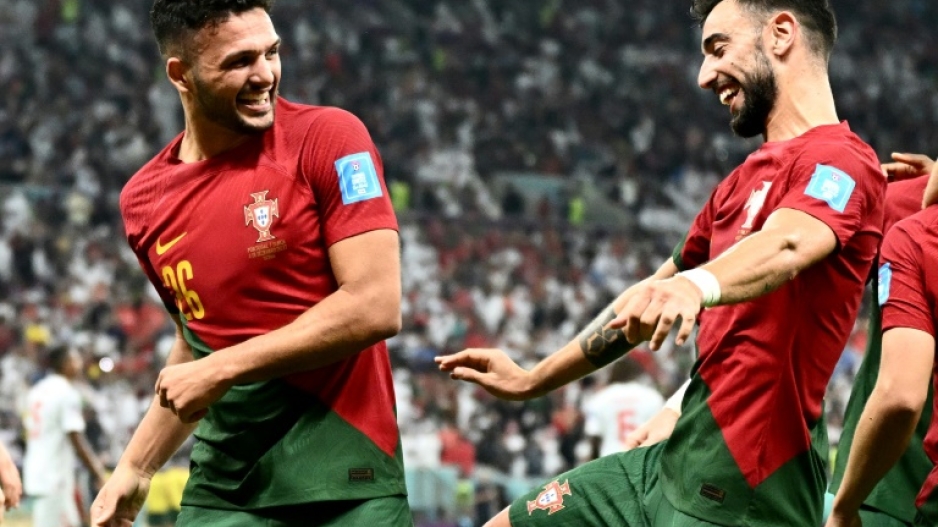 DOHA - Brazil, France and other World Cup heavyweights started the build-up to their quarter-final matches in earnest on Wednesday after Portugal made a huge statement of intent against Switzerland.

Five-time winners Brazil, defending champions France, Lionel Messi's Argentina and England are all still in the mix as the tournament in Qatar paused for a first rest day.

But 2010 winners Spain were licking their wounds after crashing out to Morocco, ruminating on an identity crisis as they jetted home.

Portugal added their name to the list of favourites with a 6-1 hammering of Switzerland on Tuesday, with young gun Goncalo Ramos smashing in a hat-trick after replacing Cristiano Ronaldo.

Ramos was only two years old when Ronaldo made his debut for Portugal and has often spoken of his admiration for the 37-year-old, who came on as a late substitute to a raucous reception.

"Not even in my wildest dreams did I think of making my first start in a World Cup knockout game and scoring three goals," said the 21-year-old.

"But we have to think game by game and prepare for the game (quarter-final with Morocco). This result doesn't matter now. We're going to go all out in the next game."

Spain were sent packing, knocked out by Morocco on penalties after a match they totally dominated -- a familiar story for their long-suffering fans.

They attempted over 1,000 passes but ended up with nothing to show for it, forcing Yassine Bounou into only one save before an embarrassing penalty shootout, which they lost 3-0.

Spain's exit means they have not lifted a major trophy since Euro 2012, while they have not won a single knockout game at the World Cup since triumphing in South Africa in 2010.

"We dominated the game but we lacked a goal," lamented Luis Enrique.

"We could have been more effective in the final third, but I am more than satisfied with what my players did.

"They represented perfectly what my idea of football is."

But there was joy for Morocco, who qualified for the World Cup quarter-finals for the first time in their history.

"We had agreed not to take possession -- not out of fear," Regragui said. "We are humble enough to say that we are not yet France, Germany or England, to compete with them in terms of possession.

"Nobody managed to steal the ball from them, so I accepted not having the ball. I'm not a magician."

FIFA president Gianni Infantino on Wednesday hailed the World Cup group stage in Qatar as the "best ever".