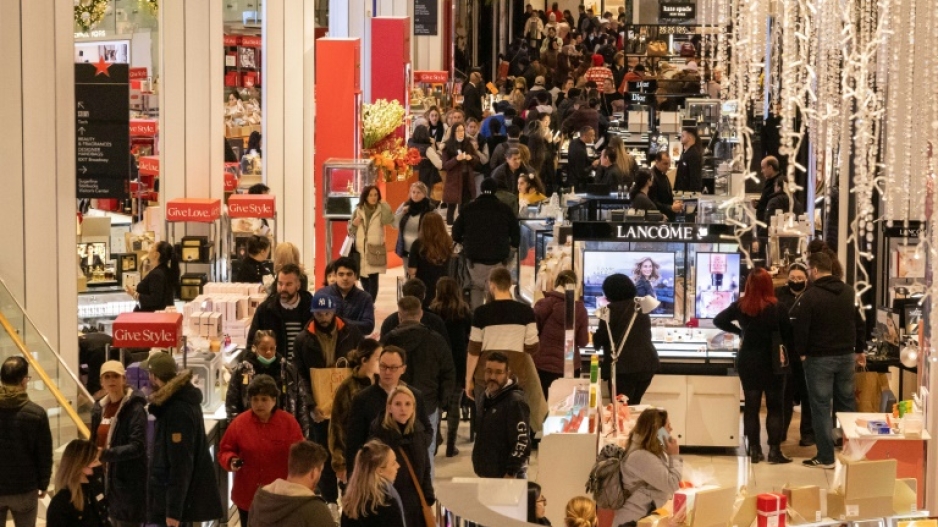 HONG KONG - Asian markets were mixed Friday as optimism about China's economic reopening continues to face off against concerns about rising interest rates and a possible recession.

With few Thursday catalysts to work with, traders were setting their sights on the release of two key US inflation reports -- on Friday and Monday -- and the Federal Reserve's final policy meeting of the year.

In light of data signalling almost a year of interest rate hikes was beginning to impact prices, the US central bank is widely expected to announce a 50 basis point lift at the gathering, compared with the previous four straight 75-point increases.

But there remains some concern that the world's top economy remains resilient and the jobs market too strong, meaning the Fed might have to keep tightening monetary policy longer than had been hoped.

That uncertainty has weighed on US markets, which have endured a tough December so far, and analysts warned of further pain.

"We think the worst is yet to come," Gary Schlossberg, at Wells Fargo Investment Institute, told Bloomberg Television.

"We’re looking for a moderate recession next year, which means a moderate decline in corporate profits is our target for the year."

The mood was slightly better in Asia, particularly Hong Kong, where investor sentiment has been buoyed by China's decision to shift away from its nearly three-year zero-Covid strategy of lockdowns and mass testing that has battered the economy.

After widespread protests across the country, leaders have decided to loosen their grip, fanning excitement that growth will pick up as activity returns to normal.

A pledge to help the embattled property sector, which accounts for a huge part of the economy, was also providing a lift.

"The process will likely be gradual and bumpy over the year ahead, due to low immunisation of the population and unpreparedness of the health system to deal with a possible further surge in cases," Silvia Dall’Angelo, at Federated Hermes, said in a note.

"Reopening should gain traction in the second half of next year. At that stage, the Chinese recovery will likely accelerate, as the removal of restrictions will allow fiscal and monetary stimulus to be effective."

And JPMorgan strategist Marko Kolanovic added that he "remains positive on China, due to favorable monetary conditions as well as an eventual full reopening and end of Covid".

Hong Kong rose in early trade, along with Tokyo, Sydney, Seoul, Singapore and Taipei, though Shanghai, Wellington, Manila and Jakarta edged down.

Oil prices rose after another big drop, with both main contracts down more than 10 percent this week as expectations for a recession in the United States and elsewhere weighed on demand expectations.