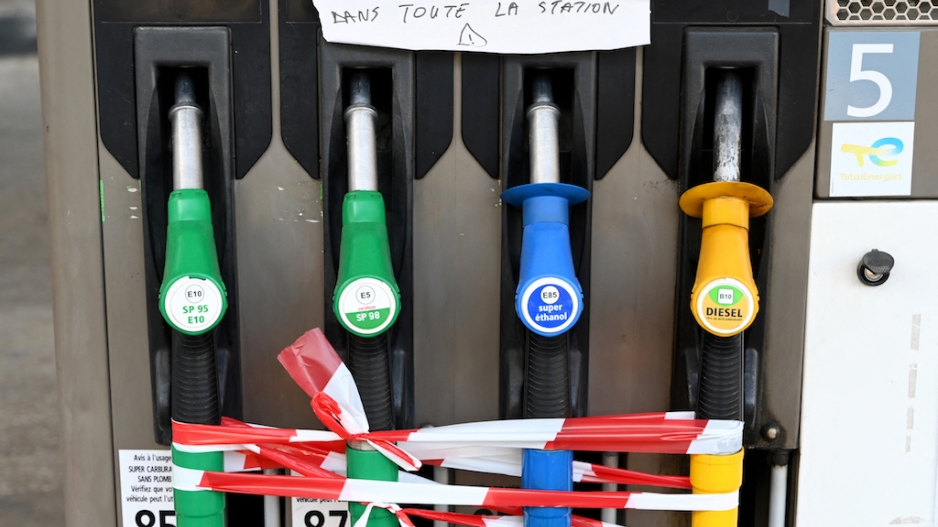 File: A sign which reads as "No fuel in the entire station" at a TotalEnergies fuel station. AFP/Nicolas Tucat

BRUSSELS - The European Commission rejected accusations from Hungary that an EU oil price cap on Russian crude was responsible for a fuel shortage at its petrol stations.

The decision by the European Union and G7 partners to cap Russian oil exports at a level of $60 per barrel "has no impact on Hungary's ability to import oil via its pipeline, as the cap applies only to seaborne oil," Ferrie said.

He added that additional sanctions on Russia, on oil-derived products and refined oil "haven't entered into force yet, so there is no way whatsoever that EU sanctions are currently impacting supplies in Hungary".

Hungary, which has the closest relations with the Kremlin of any EU country, gets its oil through a pipeline from Russia, and sits outside the scope of the oil price cap.

But Budapest and Brussels are currently locked in a fraught blame game over billions in EU funds frozen for Hungary over backsliding on European democratic standards.

Hungary has responded by blocking EU financial aid to war-savaged Ukraine, and the EU's adoption of a global minimum corporate tax on multinational companies.

Orban, a populist leader, has been forced to scrap a government-imposed ceiling on fuel sales in Hungarian petrol stations because of shrinking supplies.

Hungarian media have shown images of long lines of panicked motorists trying to fill their vehicles at the stations that were open. Many stations were closed for lack of fuel.

Hungary's energy company MOL said the fuel supply situation was "critical", and caused by a 30 percent drop in imported fuel as well as maintenance at one of its refineries.

Hungary's economy is in a fragile state, with recession looming, inflation among the highest rates in the EU and its currency, the forint, sliding to a record low against the euro.

The EU is withholding more than 14 billion euros ($15-billion) earmarked for Hungary after deeming it has failed to meet agreed benchmarks to resolve corruption and rule-of-law concerns.