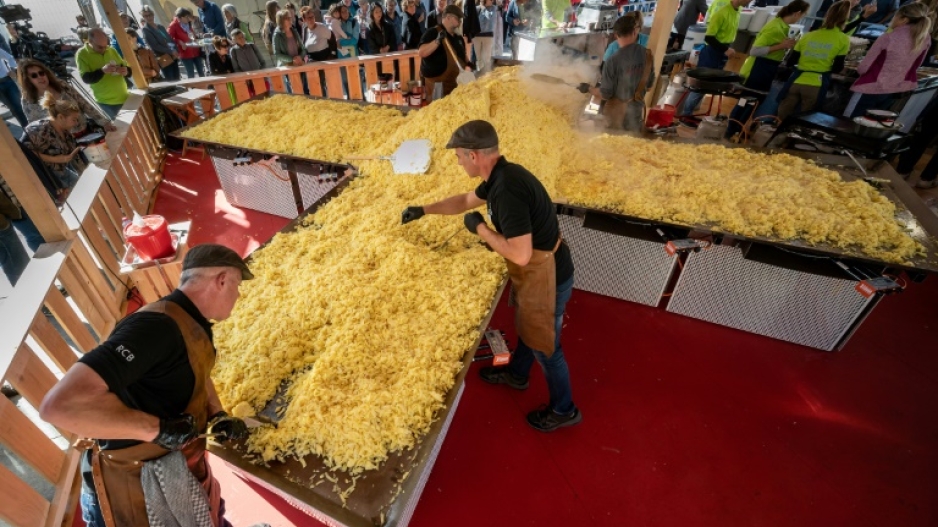 USP president Markus Ritter announced the new rosti record of 13.7 square metres, which easily beat the one set in 1994 in Thun in central Switzerland, when a three-square-metre fritter was made.

The union, which is celebrating its 125th anniversary, had the pan made on the federal square, in front of the Swiss government and parliament buildings, in the shape of a massive cross placed on a vast red mat to look like the Swiss flag.

Once cooked, portions of the giant fritter were served to the large crowd gathered to witness the feat.

While emblematic of the cuisine in the German-speaking part of Switzerland, the rosti has evolved to be considered a national dish.

It has even given its name to the deep cultural chasm that seems to divide Switzerland's German and French-speaking regions -- the "Rostigraben" -- which tends to appear when the Swiss head to the polls. 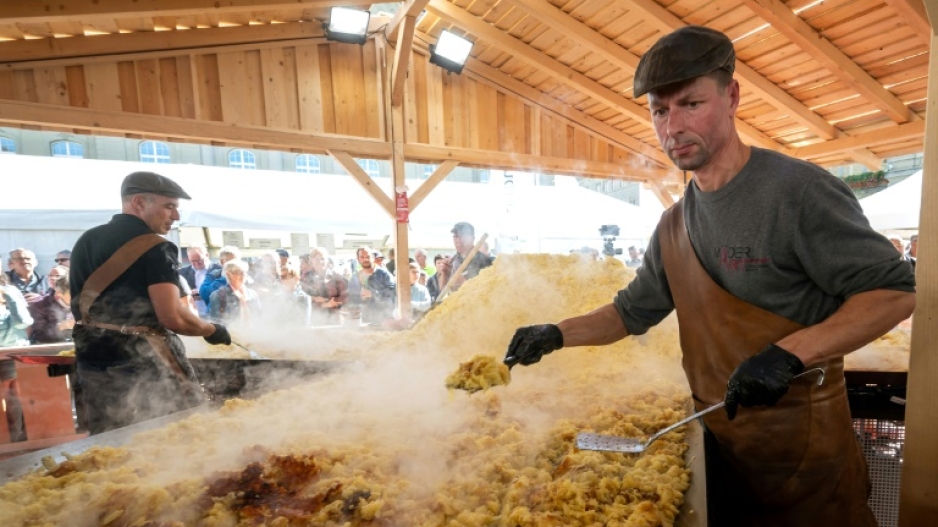 While emblematic of the cuisine in the German-speaking part of Switzerland, the rosti has evolved to be considered a national dish

In a symbolic effort to overcome this divide, the potatoes cooked Monday were harvested from every region of Switzerland, USP said.