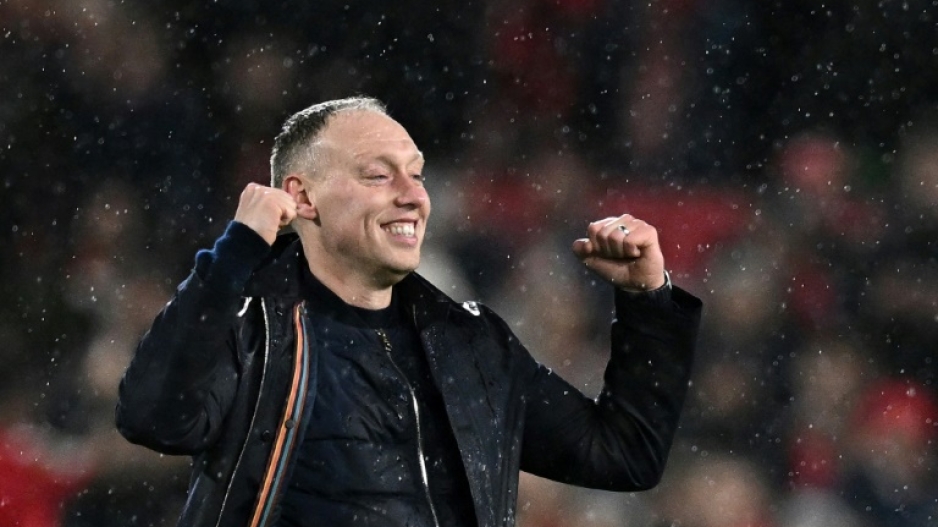 LONDON - Nottingham Forest boss Steve Cooper said on Monday his side will take the attack to Manchester United in this week's League Cup semi-finals.

Cooper's side host United in the first leg on Wednesday, then travel to Old Trafford for the decisive second leg one week later.

With Forest regarded as under-dogs against star-studded United, it would be easy for Cooper to adopt a defensive game plan in the hope of nicking a narrow victory.

But Cooper said he would tell his players to go on the offensive at the City Ground.

"It's not been an easy ride for sure to get to the semi-final, and we've treated it like every other game, one we want to do well in and win," Cooper told reporters.

"We're in the semi-final of an important cup. I think we should go into it thinking they don't come along very often, so treat it like it might be the last one.

"There's a real good feeling about the semi-final in the city, the stadium will obviously be the atmosphere that it's been every single game so far this season, which has been incredible, and we should really embrace that."

Forest played United in the league in December, losing 3-0 at Old Trafford, and Cooper was not happy with his team's lack of confidence on that occasion.

He wants a more up-tempo display this time.

"We felt that we didn't play with enough belief and courage in the game," he said.

"It was going to be hard whatever, and we might have played better and still got nothing out of the game.

"But we did walk off the pitch thinking we could have done a bit better there, and I don't want that in these games, I don't want any regrets.

"We're feeling a good pressure of wanting to do well, and I just want to make sure we go into the games with a real positive mindset, I want the players to believe they can succeed.

"We have to believe we can play well in this game and that we can have a positive contribution."