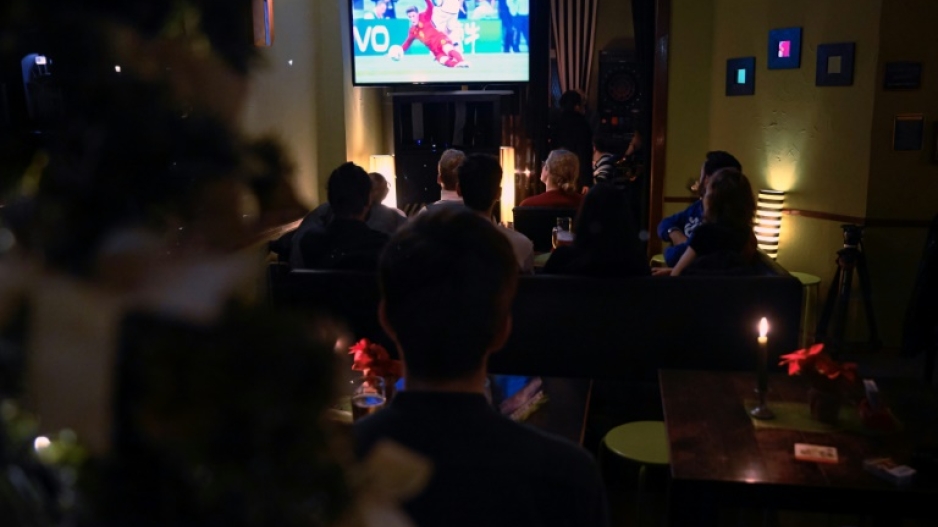 BERLIN - Jens Mueller has been following World Cups since the 1970s and says he has never seen "so little enthusiasm" from fellow Germans for their team at a major tournament.

The mood would usually be "a bit more euphoric", the 58-year-old says at a small, crowded Berlin pub where he watched Germany snatch a crucial draw against Spain on Sunday.

"It's very restrained and I am used to it being different," he says.

Not just in pubs, but at home too, viewership numbers suggest that football-mad Germany has had so far a muted response to the one of the most controversial World Cups in history.

Concerns over human rights in host nation Qatar, including over the treatment of migrant workers, have dogged preparations for the tournament and sparked calls by some of Germany's football fan clubs to boycott games.

The timing of some matches -- with Germany's opener against Japan at 2:00 pm on a weekday -- and the European winter have ruled out boisterous, beer-fuelled outdoor viewing, including at the traditional gathering point for such occasions, the capital's Brandenburg Gate.

A row over a dropped plan by Germany's captain Manuel Neuer to wear a rainbow armband in support of LGBTQ rights further soured the mood, as accusations flew at home against the squad for failing to take a firmer stand against FIFA's threat of disciplinary action.

When Japan stunned Germany with a 2-1 win at their opening game, the team came under renewed fire for failing to focus on matters on the bus.

"I know not everyone is behind us," striker Kai Havertz said after the Japan shocker.

With fears rising of a repeat of their campaign in Russia 2018 when Germany unceremoniously crashed out in the group stage, the team resuscitated their chances of making it through with a draw against Spain -- a game watched by 17 million at home.

The audience was significantly up from the first Japan v Germany match, which drew just 9.23 million.

But viewership for the crunch match in a Sunday evening primetime slot still fell way short of the last World Cup in Russia -- when 26 million on average tuned in for each of Germany's three group games.

On the streets of Berlin, residents appear to confirm the negative vibes around this World Cup.

"Generally I won't follow the World Cup in Qatar simply because I don't approve of it," says Angelika Bock, 46.

Like her, Tobias Kliegel, 42, says he won't be watching because he "rejects the awarding of the competition to Qatar" and because "it's an inappropriate time in winter when Christmas is coming".

Scores of bars that would normally do good business during a football tournament have sensed the disaffection and decided against showing the games,

Bar owner Birgit Arndt, 65, has decided to keep screening the matches from Qatar.

"I love it when football fans come here and are nice to each other and know that it's about the game and not any power struggles," she says.

After the full time whistle in the Spain game the mood changed at little,, Bernhard Gwosdz, 55, was celebrating an "exciting" performance from his team and said he was "very optimistic about the next game".

Gwosdz is watching every game he can, but he too admits he finds the World Cup's staging in the Gulf state "problematic".

While it comes down to a "personal decision" for Mueller, he says he can understand why others are boycotting the tournament.

But he believes that the resistance of German fans who have so far shunned the tournament could start to weaken if they do advance.

"By the semi-final at the latest everything is forgotten. Then it's just about the World Cup.

"I think Germany will qualify in second (from the group) and after that everything is possible," says Mueller.