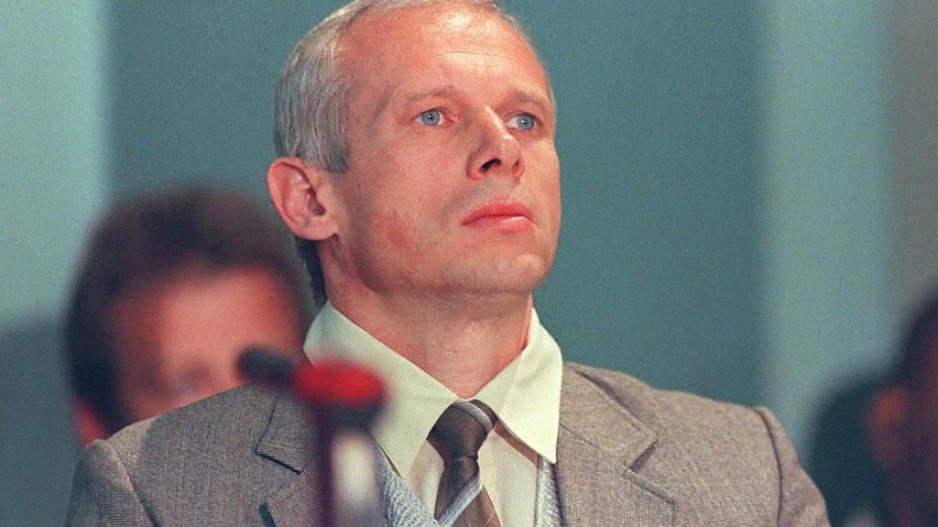 File: In this photo taken on 11 August 1997 Janusz Walus, a Polish immigrant, sits at a hearing in the Pretoria City Hall. AFP/Walter Dhladhla

JOHANNESBURG - Janusz Walus has been discharged from hospital and placed on parole under strict conditions.

Justice and Correctional Services Minister Ronald Lamola "has placed offender... Walus on parole under strict conditions with effect from Wednesday," government said in a statement.

A spokesman confirmed that this meant Walus had been released, in line with a decision by the Constitutional Court.

"He will serve two years under community corrections in line with the parole regime upon which he is released," the statement said.

The Minister of Justice and Correctional Services, @RonaldLamola, has placed offender Janus Walus on parole under strict conditions with effect from Wednesday, 07 December 2022. This follows the judgment of the Constitutional Court handed down on Monday, 21 November 2022. pic.twitter.com/dpC8lqjkpQ

Last month's court decision sparked fierce protests from the ANC and the South African Communist Party, which Hani had led.

Walus was being held at the Kgosi Mampuru II Correctional Centre in Pretoria prior to the court's announcement.

But a week after the ruling, he was stabbed by another inmate while queueing for food. His release, which should have taken effect by December 1, was delayed while he received treatment.

"There is no question that offender Walus is a polarising figure in our budding constitutional democracy, and that his release has understandably re-opened wounds," the ministry said.

His "actions sought to derail the democratic project at its most critical, formative stage," it declared.

The home affairs ministry has said Walus will serve his parole in South Africa and not be allowed to return to Poland given the "heinous crime committed."